Smoke alarm tripped by steam being let out of pipes 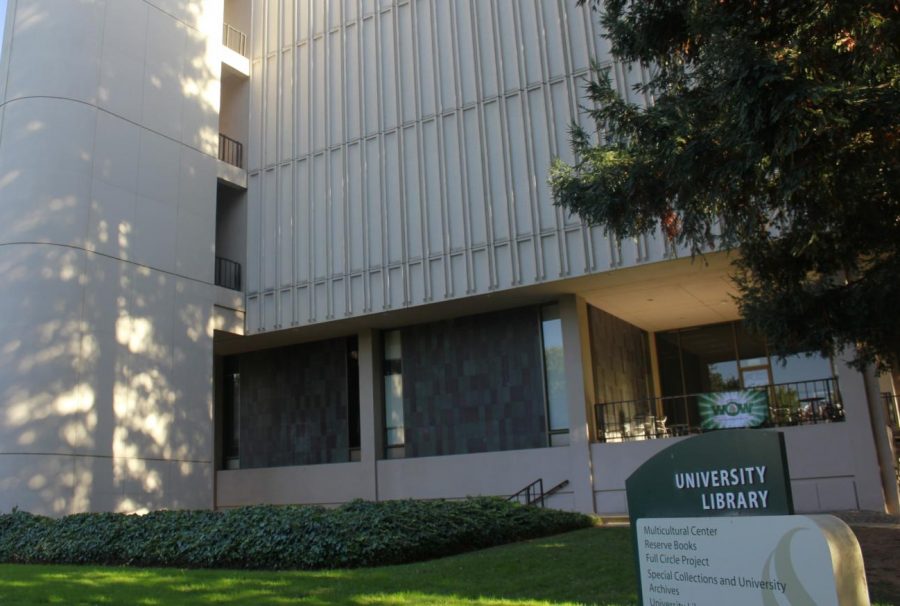 The exterior of the Sac State University Library. The library faced two issues Wednesday, Nov. 20, when a report on the Wildfire app said that a threat was made and a fire alarm caused the building to be evacuated.

Sacramento State’s University Library saw its share of commotion Wednesday night due to the warning of a threat to the school posted on student social media app Wildfire and an unrelated tripping of the building’s fire alarm that shortly followed.

At approximately 6:15 p.m., a user on Wildfire posted that another person stopped them and told them not to go into the library because someone inside was “making threats (toward) the school.”

The wildfire user, LoFI,  said they called the Sac State Police Department. Police showed up to investigate and found that there was not a credible threat.

Earlier at approximately 6:15 p.m. there was a report on the wildfire social media app of a student who was told by a girl outside the library not to go inside because someone was making threats. The police were called and investigated. @TheStateHornet

“The info on Wildfire was unfounded, but grew legs (because) people began spreading info that there may be an active shooter in the library,” said Sac State Police Chief Mark Iwasa in an email to The State Hornet.

An hour and a half later, the fire alarm was tripped, causing the library to be evacuated.

Fire truck pulling in behind the library where police are gathered by the back doors. @TheStateHornet pic.twitter.com/bdL05bHBcU

The police and fire departments arrived and quickly cleared the scene.

Iwasa said a smoke alarm was tripped by steam when the hot water lines were drained.

The library was reopened around 8:30 p.m.

Iwasa added the Wildfire app is not endorsed by the university or the police department and “should not be relied upon as a source of emergency messaging.”