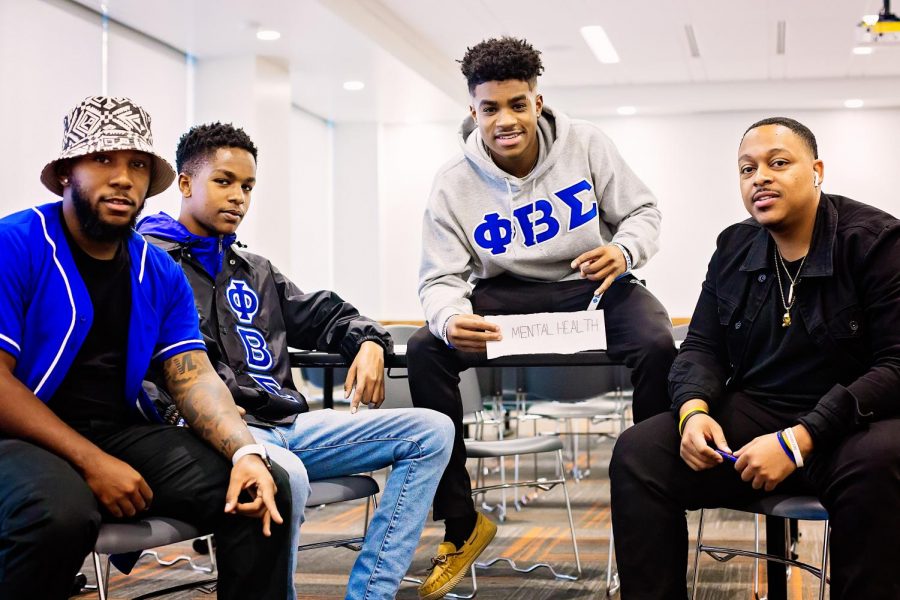 Phi Beta Sigma at Sacramento State will host the mental health forum, “Let’s Talk About It,” in the University Union Wednesday.

The forum will include a talk from Michael Dickerson and Courtney Hughes, mental health professionals at The WELL, an overview of mental health services The WELL provides, and a discussion between fraternity members and attendees.

“Mental health is a growing issue, but the problem with it is that we don’t talk about it enough,” said Stephen Arnold, president of the Phi Beta Sigma Fraternity. “We want to bring more awareness and have more information.”

Arnold said the goal for the event is to help people understand that mental illnesses like depression and anxiety are triggered by chemical imbalances in the body and not just by someone’s background or how they were raised.

Fraternity member John Kimani, a business major, stressed the open forum nature of the event, saying that for college students, mental health issues and disorders like anxiety and depression are very commonplace.

“The purpose is to create an environment where students feel comfortable sharing their stress and anxiety,” said Kimani.

Sociology major Mark Hamlett, a member and former Phi Beta Sigma president, opened up about his depression, which he attributed to traumatic experiences during his childhood, including his mother’s drug and alcohol abuse and placement in foster care.

“I deal with depression. A lot of people don’t know it,” Hamlett said. “Most people see me and think I’m all put together because I’m always laughing, smiling, but there are still battles that I face. You’ll never know unless I choose to share it.”

Hamlett said he reached rock bottom in college when he failed school, lost a job and lost a relationship.

“We want to bring attention to these issues and make sure students get help. Even though it’s common, it’s not something they have to live with,” Kimani said.

Studies show college students nationwide are struggling heavily with mental illness. According to the American Council on Education, approximately one in three students meet the criteria for clinically significant mental health problems, such as depression, anxiety, eating disorders or self-injury.

Bryana Moore, a pre-graphic design major, said she has been in therapy for the past 3 months for anxiety symptoms, including sleep paralysis, bad headaches and heart palpitations.

“My therapist helps me learn about my anxiety and how it manifests in my body,” Moore said. “It’s really good to learn about it and to know how to prevent (it).”

“(Discussion of mental health is) very important because mental health is the reason for suicide and depression, so it’s vital to make sure you are OK mentally,” she said.

“It’s something you don’t want to see someone ever going through,” Powell said. “People who have mental health problems, they see that as a way out. In this forum, we want to let people know that is not the way out. There are other ways to help deal with mental health issues.”

Arnold said he hopes the event will bring awareness to mental health issues and the stigma surrounding them and give resources for students to help themselves.

“The best way we can help break the stigma is to have an open discussion about it,” he said.

The forum will be held on the third floor of the University Union in the Folsom Suite Wednesday from 7-9 p.m.