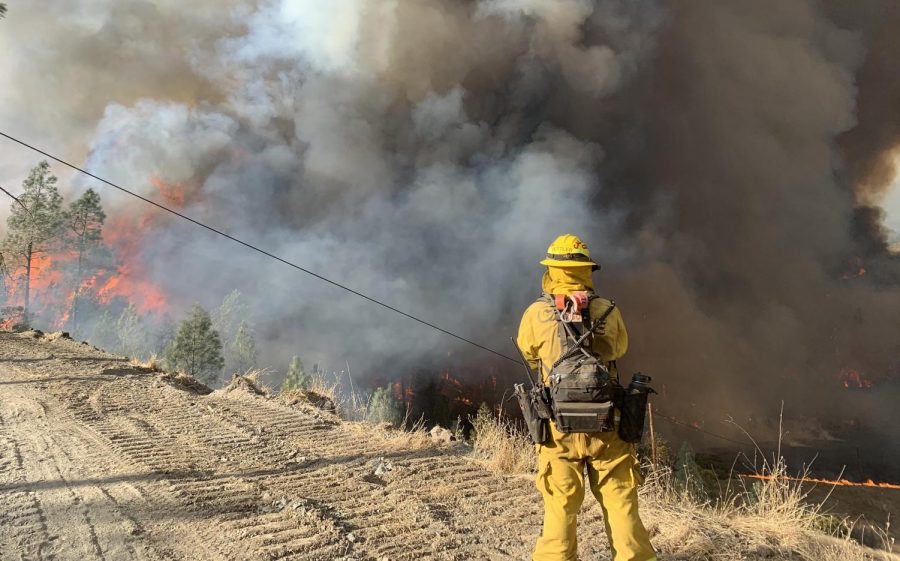 Cal Fire firefighter Xavier Chavez shoots photos with his phone while keeping eye out for hotpots during the Kincade Fire in Sonoma County. The fire has destroyed 374 buildings and is currently 80 percent contained.

Carolyn Boustany said she was leaving her last class for the day on Oct. 23 when she heard about the Kincade Fire.

Carolyn, a child development major at Sacramento State, grew up in Cloverdale, located within Sonoma County, which has been ravaged by the fire. Her family still resides in the area.

“All the people I know and am close with live there,” Carolyn said.

California is experiencing a string of wildfires throughout the state, according to the California Department of Forestry and Fire Protection.

As of Monday, the Kincade Fire in Sonoma County has destroyed 374 buildings, and caused four injuries, according to Forestry and Fire Protection. The fire is 80 percent contained.

Carolyn is one of many Sac State students who have been affected by fires in their hometowns.

Sac State President Robert Nelsen sent out an email regarding others to be cautious of the plausible power and digital issues caused by the current altering weather. He listed sources to updates on fire locations, emphasizing the Emergency Notification System (ENS) to promote safety. 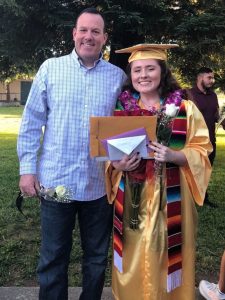 Courtesy of Henri BoustanyCarolyn and Henri Boustany at her high school graduation in 2018. Carolyn Boustany spoke to The State Hornet about her experience with the Kincade Fire as her father fights the fire.

Carolyn’s mother and brother live in Cloverdale, about 11 miles from Geyserville, she said. Her father, Henri Boustany is a sergeant with the Sonoma County Sheriff’s Office.

Her mother later notified her that all power shut off without notification.

“They have to take short showers to make the hot water last. Everyone says this is the new normal, and it shouldn’t be,” Carolyn said.

Last year, in Butte County, 81 citizen fatalities were reported during one of California’s most destructive fires since 1933’s deadliest recorded, according to Cal Fire.

Classes at Sac State were canceled due to the deadly air quality by the high winds. At a dangerous level of 201 in terms of air quality, compared to a healthy 51, the outside world was paused, with people forced indoors as the high demand for N95 masks made them hard to come by.

According to Carolyn, her mother and brother had to stop working due to power outages and closed roads caused by the current fire. Her father, Henri, is supervising the Sonoma County Sheriff’s Office’s helicopter unit.

“It makes me appreciate him even more and what he does every day even more, so I’m just really proud of him,” she said.

Henri said he heard about the fire while on a hunting trip with friends, a large number of which were firefighters.

“We all started receiving alerts about the trouble at home. We hiked back to camp, loaded everything up, and drove back to Santa Rosa to go to work,” Henri said. “I went straight to work without even going home first.” 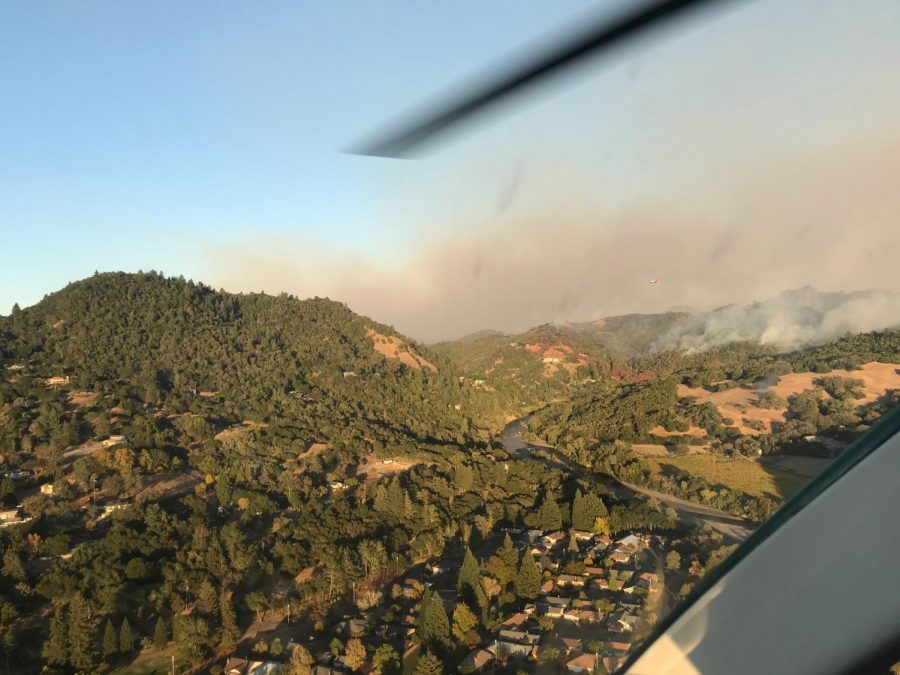 “Each time October comes, you are kinda just sitting and waiting for a fire to hit — it’s upsetting. People are being displaced,” Carolyn said. “Law enforcement has to deal with it when they should be with their family.”

Henri said that the helicopter he supervises alerts firefighters to the course of the fires and what structures are in direct danger.

“This all happens while we are still responding to normal day to day crimes and issues the public has,” Henri said.

Henri said that he was comforted to know his daughter was in Sacramento and not at home.

“I had to evacuate my house and it was nice not having to worry that my kids were in danger,” Henri said. “I could just focus on my job for the week.”