Devin Ryan DeVore was ‘tenderhearted, willing to take in the whole world’

Sac State student was a transfer majoring in kinesiology 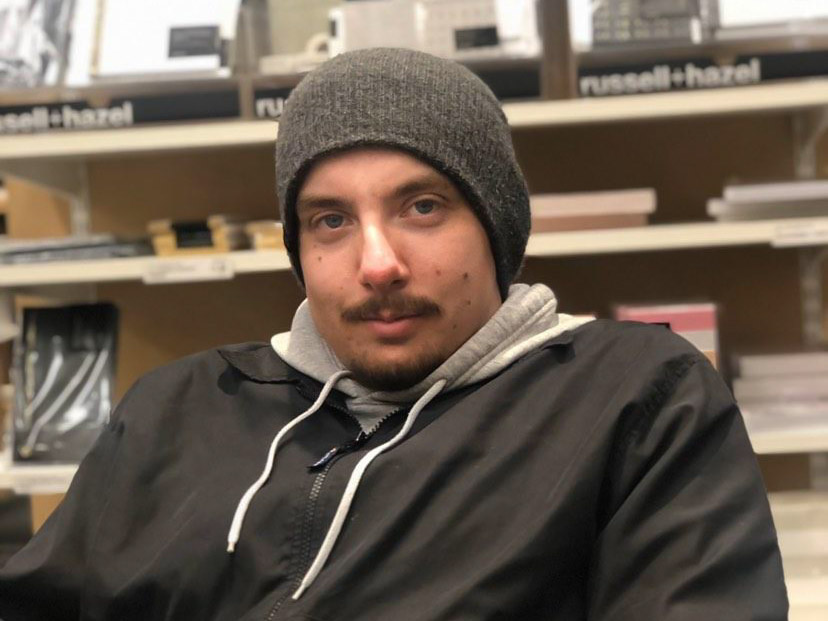 Ten days after her son’s passing, Jennyne Trani traveled from her home in Nevada to Sacramento to pick up her son’s ashes and meet with Sacramento State President Robert Nelsen. They walked over to the spot where he collapsed. She said that it was the closure she needed.

Devin Ryan DeVore collapsed outside of Sequoia Hall at Sac State on Sept. 18, dying of an aortic dissection, according to Trani.

DeVore, originally from Corona, California, was a 20-year-old transfer student. He transferred from Cal State East Bay to Sacramento State in the fall of 2019. Sac State’s kinesiology program is what brought DeVore to Sac State, according to Trani.

Despite doing her best to move on, Trani is left with feelings of frustration over her son’s death and why it was not prevented.

According to Trani, DeVore had been suffering severe chest pains the week before his death.

“What’s frustrating is that he did go to the campus clinic about 5-7 days before he passed, they diagnosed him as having a respiratory cough,” Trani said. “They did an electrocardiogram and a chest X-ray, but those two things do not show an aortic dissection. They sent him home to rest and told him to return to class when he felt well enough. He stayed home for a couple of days, and when he went back, that’s when he collapsed.”

DeVore continued to suffer chest pains after his visit to the clinic and told his mother about the discomfort he was experiencing.

“He had called me three days before he passed and he explained that his heart was hurting every time it would beat and it kept him up,” Trani said. “He hadn’t slept (in) days.”

Joy Stewart-James, Associate Vice President of Student Health and Counseling Services said that she recognizes the loss of DeVore.

“We are saddened by the sudden loss of Devon “Ryan” DeVore who passed away from such a rare medical condition,” Steward-James said. “His passing is a loss to the Hornet family and our thoughts continue to be with his family during this difficult time.”

DeVore is survived by Trani as well as his two sisters, Ashlee DeVore and Maggie Trani. DeVore was the middle child, often stepping up to play the role of the “man of the house” following his mother’s divorce. His mother described him as being independent, tender-hearted, and willing to take in the whole world.

“He was really close to his siblings, especially his older sister Ashlee, they were like best friends,” Trani said. “She even said at the funeral (that when Ryan was born) before she even knew it, she had a best friend.”

According to Trani, DeVore loved all things nature.

“We would call him the cricket whisperer because in Nevada where I lived, certain times of the years there’s just a ton of crickets,” Trani said. “They would come into the house, he’d grab a cup and set it free.”

DeVore liked hiking and mountain biking and had an interest in surfing, which he had yet to attempt.

According to Trani, DeVore wanted to enter a medical career after college, with a focus on injury rehabilitation. In middle school, he was diagnosed with spondylolisthesis, a congenital back disorder requiring major back surgery when he was 15 years old.

This influenced his decision to focus on rehabilitation, after originally wanting to be a police officer to follow in his uncle’s footsteps.

“We would go to the shooting range together, we’d help volunteer, stay late and shoot together,” Trani said.

Brianna Sims, a Sac State junior majoring in history, was DeVore’s girlfriend of five years. They were high school sweethearts and started dating their junior year of high school. To cope with the loss, Sims took the rest of the semester off and said she plans to return in the Spring of 2020.

When asked what special talents DeVore had, Sims recalled that following his surgery, DeVore had to learn to pick things up with his feet rather than his hands.

“He can probably cook a four-course meal with his feet, me and his family called them monkey feet,” Sims said.

Following the surgery, DeVore was left with two metal rods in his back, something he joked about.

“He would always be like, ‘they’re gonna stop me at the airport,’” Sims said.

“Ask him about ‘Star Wars’ and he can write a book for you,” Sims said. “’Star Wars’ was the thing that he geeked out on.”

Sims said she and DeVore were foodies and that they believed in spending quality time together over a good meal was important.

“Food was a big part of our relationship, so what we ate mattered,” Sims said. “We always made sure we ate at least one meal together every day.”

Sims also reflected on how far they had come as a couple.

“We both got cars, we got an apartment together, he got into Sac State,” Sims said. “I guess living (as adults) was our biggest accomplishment together.”

The day DeVore collapsed, many fellow Sac State students witnessed what they thought was a seizure and rushed to help.

“His mom and I want the people that helped when he did collapse to know that there wasn’t anything they could do… there was no way to fix it,” Sims said.

Mac Mauzy, a high school friend of DeVore’s, described him as a kind soul who was “always there.”

“We used to sit together and we’d talk about cars,” Mauzy said. “From the day I met him, until the day we lost touch, he was always so nice and funny. He was always asking how you were and how things were at home.”

Trani said following her son’s death, she wants to spread awareness to the condition that he died from.

“That makes me angry, something needs to change, they need to take it seriously when someone says their heart hurts,” Trani said. “Because it’s such a rare thing, I think it’s important that people are made aware of it.”

DeVore’s memorial service was held Oct. 26. Trani described it as upbeat and full of laughter and said that’s what DeVore would have wanted.

“A piece of me is gone, but we all have to keep on going and keep on living,” Trani said.