Woman reports being harassed and slapped on campus Saturday evening 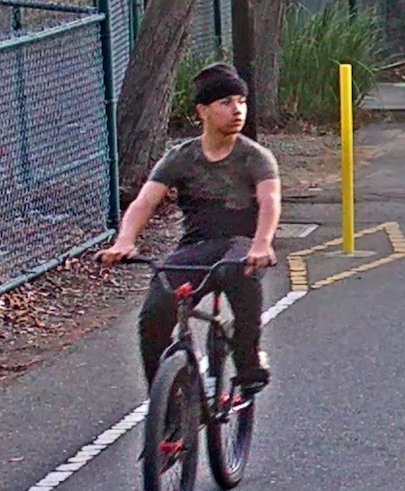 A male cyclist suspected of slapping a woman on the rear-end on two separate occasions on campus Saturday. The Sacramento State Police Department released this photo Monday in search of the suspect.

A woman reported an incident of sexual battery after she was approached by three males on bikes, one of who slapped her rear-end on two separate occasions Saturday night around 6:40 p.m., according to a timely warning email from the Sacramento State Police Department.

After being slapped initially near Riverside Hall, the victim told the suspect to leave her alone and walked away from the men, according to police. The suspects followed the woman and confronted her again near the River Front Center and the same male suspect slapped her rear-end a second time.

According to the email sent to students and staff on Saturday night, the victim sprayed the suspect with pepper spray causing the suspects to flee.

Police obtained a photo of the suspect who slapped the woman from school surveillance footage and released it in a follow-up email to students and staff Monday.

Students reacted on Wildfire, the location-based alert app, after the alert email was shared by a student on the platform.

“She must have been so scared, especially since the sun had just set and she was all alone,” said user kkatie_lynn.

“So angry this happened but she’s a real one for spraying those losers,” the user said. “Hope she gets support for this trauma.”