Sire will perform at Ace of Spades Friday 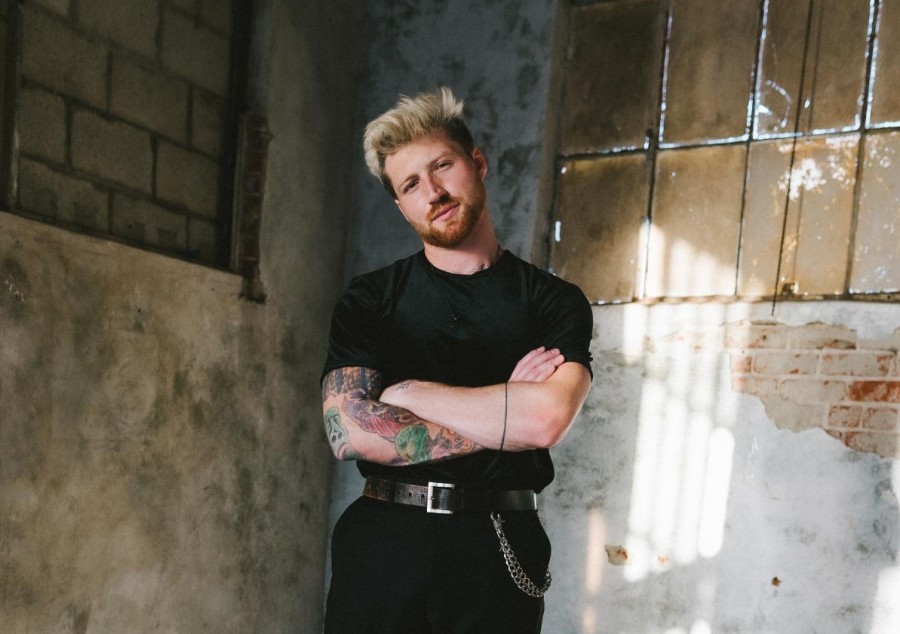 Scotty Sire is is a recording artist and digital creator currently based in Los Angeles. Sire opens his new tour "What's Going On" in Sacramento at Ace of Spades Friday.

In 2013, social video-sharing app Vine was launched, propelling numerous social media influencers to internet stardom. After the app shut down in 2016, these stars were left looking for new ways to reach their audience and broadcast their messages.

One of these stars was Scotty Sire, who found a home on YouTube after Vine’s closure. Today, you can see Sire in fellow ex-Viner David Dobrik’s vlogs, as well as on his own channel creating both vlogs and music.

Sire’s music centers on social anxiety, depression and other mental health issues in his personal life and in today’s youth culture.

The State Hornet spoke with Sire via email ahead of his upcoming performance at Ace of Spades in Sacramento Friday, the first official stop on his “What’s Going On” tour following some pre-tour shows earlier this year.

Question: What has been the biggest influence in your life?

Answer: I could say a number of celebrities that I’ve aspired to be like. At the top of the list would be Jim Carrey, but I think that my family and the way I was raised has definitely been the biggest influence on me, the way I think, act and feel.

Q: How does that influence affect your music and performances?

A: I think that my music reflects a lot of empathy and sensitivity, which I would say comes from my mother. Mix that with my dad’s “let it go, ” “everything’s gonna be fine, life sucks and then you die,” sort of sense of humor and you get me.

Q: As of now, you currently have 2.8 million subscribers on YouTube. How did you transition from Vine to YouTube and what made you continue to push forward in creating content?

A: The transition was difficult. I never really knew what people wanted on YouTube. I was used to posting six-second videos, but people on YouTube were consuming much longer content.

Through a lot of trial-and-error and of course observing what other creators were putting up, I was able to figure out a bit of a formula for what people wanted, which was essentially the same as Vine.

The video needs a punchline (clickbait) and then an entertaining story that leads up to it. The more moments a video has that you might’ve considered worthy of being the “clickbait,” the better the video is in my opinion.

Q: Where do you find inspiration for your music and videos on YouTube?

A: It all depends. Musically, I pull inspiration from what I’m feeling. There is not a song I’ve written that didn’t come from some memory or emotion I was going through. As for YouTube videos, I try to keep it light and keep it fun. Although occasionally I make videos that are more descriptive of what I’m going through in my life as well.

Q: As college students, many will recognize you from fellow content creator David Dobrik. In his vlogs, it’s a recurring gag that there’s “too much Scotty” in the videos. What is your stance on playing that role in these videos?

A: I love being in David’s videos whenever I fit into them. I don’t mind the “too much Scotty” role either. I’m busy working on a lot of my own things, so I’m happy that there’s a running joke to go along with me being absent from the videos.

Q: What are you most looking forward to visiting and performing in Sacramento?

A: We’re playing our first show of the tour here in Sacramento, so I’m just looking forward to kicking things off.

Q: Is there any new music or content that your fans should look forward to?

A: I’m releasing animated lyric videos for every song off of my new album over the next couple weeks, and I’ve got a song or two in my back pocket that I’m saving for a rainy day.

Scotty Sire will perform at Ace of Spades in Sacramento Friday at 7 p.m. Tickets are still available, starting at $25.