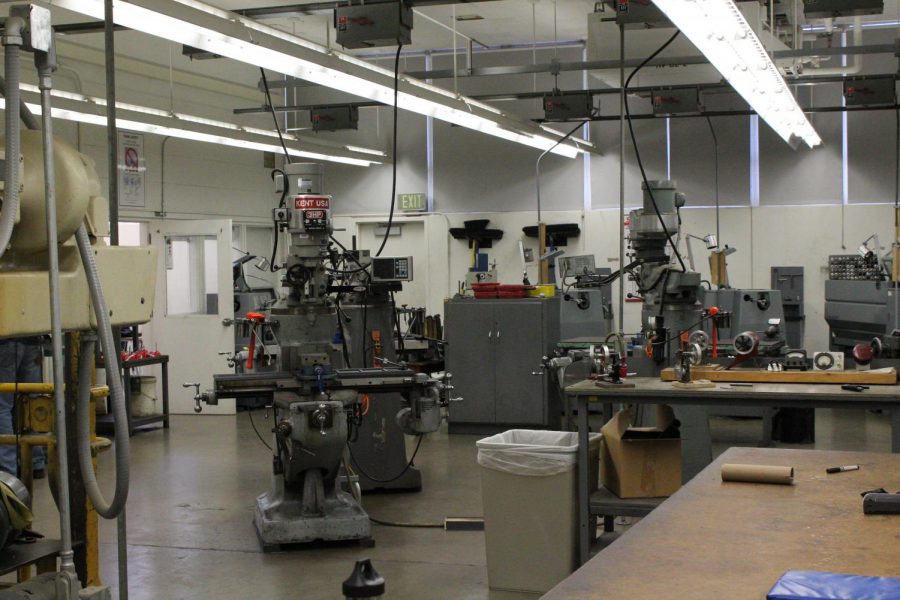 The inside of Santa Clara Hall. Sac State plans to replace the hall if a $15 billion bond is approved by voters in March.

With a $15 billion bond measure up for a vote in March 2020, Sacramento State could see a maximum of $86 million in bond fund and plans to renovate and replace outdated infrastructure.

If the bond measure passes, Sac State plans to use their share of the funds to build a new engineering and computer science building to replace Santa Clara Hall, according to Stacy Hayano, a staff member on the University Budget Advisory Committee.

“I think it’s a good investment, a lot of our infrastructure is old and our equipment is pretty old,” civil engineering major David Wong said.

The funding would be allocated for the modernization of outdated school facilities. Specifically, CSU campuses would be required to upgrade their outdated facilities for earthquakes and other emergencies and remove mold, asbestos and other hazardous materials from classrooms.

The funding would also require each CSU campus to adopt a five-year plan for the construction of affordable student housing.

Sac State already began expanding its student housing this summer with the construction of the $164 million apartment complex known as the Hornet Commons. Construction began in June and is expected to be completed by fall 2021, adding 1,100 beds to the current student housing of 2,100 beds, according to Sac State communications.

Analysis of AB 48 conducted by the Assembly Committee on Higher Education found that, “more than half of CSU’s facility space is over 40 years or older (with) a third being over 50 years old. The CSU’s five-year capital outlay plan reflects more than $10 billion in academic infrastructure and $3.7 billion in deferred maintenance needs.”

In a survey conducted by the Public Policy Institute of California, which asked about the bond measure, support for the bill was strong.

When asked about the bond measure, two in three adults supported the bond, but only 54 percent of likely voters were in support.

The bill’s author, Assemblymember Patrick O’Donnell, D-Long Beach, said the CSU system has been severely underinvested in and that with modern facilities, students can succeed in their education and contribute to the modern economy.

“I think this bond is going to give back to our economy ten-fold what it costs us,” O’Donnell said.

California Sen. Richard Roth, D-Riverside, said in a California legislative leadership press release that, “AB 48 represents a shift in the way we invest in our schools by recognizing the need of individual campuses. This critical investment is sorely needed not just to renovate classrooms and update aging infrastructure, but also to address the mental and physical health of our vulnerable students.”

Engineering students say that Santa Clara Hall is outdated and drastically needs updates to its labs.

“I think it will be incredibly beneficial for anyone coming in,” Vincent Nguyen, a civil engineering major, said. “With those funds coming in, it will definitely be an upgrade.”