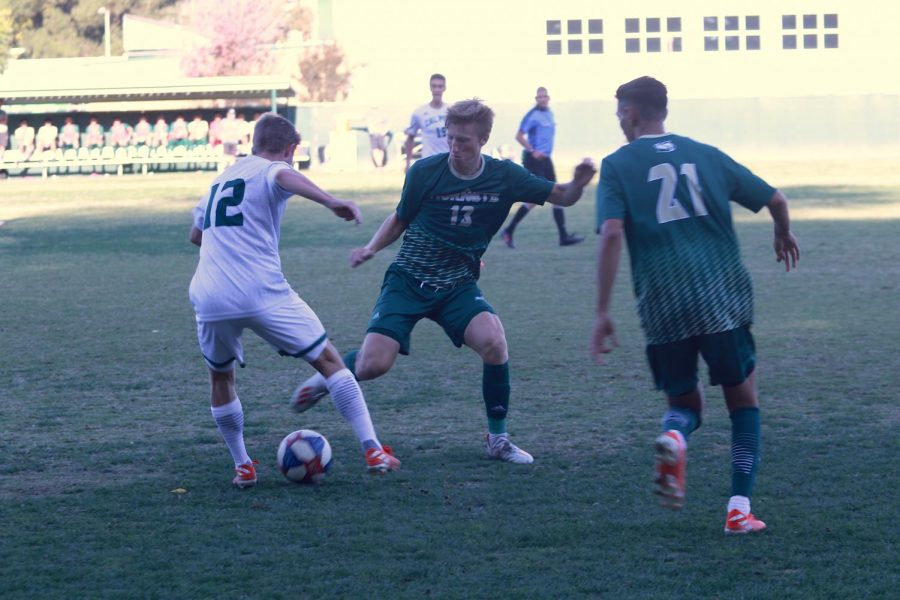 Wednesday’s loss soured Senior Day celebrations, as this was the last opportunity to earn a home game win for the team’s four graduating seniors.

With the loss, the Hornets’ overall record drops to 6-8-2.

Head coach Michael Linenberger was unimpressed with the performance of both teams, taking issue with the Hornets’ inability to complete passes.

“Way too many turnovers,” Linenberger said. “Not enough passing, not enough movement off the ball. I thought we were very stagnant, very lethargic today.”

While Linenberger didn’t discount Cal Poly’s win, he did express his thoughts on the quality of Hornet Field and said he believes that had an effect on the performance of both teams.

“I mean, you can look at it, right? It’s full of sandtraps, it’s bumpy,” Linenberger said. “It’s got a bunch of different types of grasses and weeds in it, so the ball doesn’t roll very well on it, it’s hard. It’s probably the worst grass field in America.”

Wednesday’s loss coincided with the Hornets’ last home game of the season, commonly known as Senior Day. To mark the team’s four graduating seniors last home game, they were given flowers to present to their parents before the game. 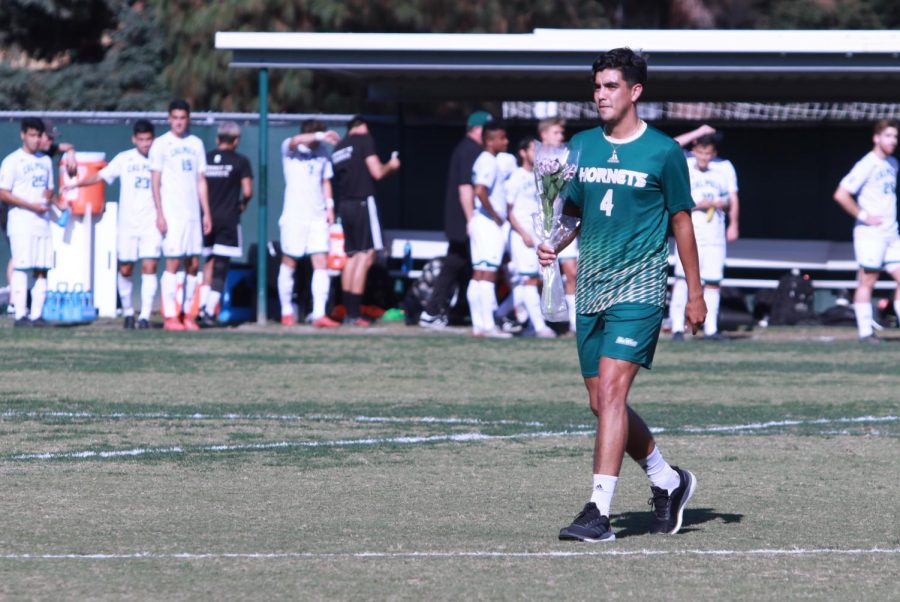 The first half of the game was a battle between the two defensive units. The Hornets and Mustangs went back and forth as Cal Poly attempted six shots to the Sac State’s three. The game went into halftime scoreless.

In the second half, there was more of the same until the 69th minute of the game. Cal Poly graduate student and forward Spencer Held scored a goal bringing the score to 1-0, where it remained for the rest of the match.

With two matches remaining in the regular season for Sac State, the Hornets still have a shot at a berth in the Big West postseason tournament. Sac State is currently ranked eighth with the top six teams advancing to the postseason.

The Hornets play on the road Saturday at 7 p.m. against UC Riverside.