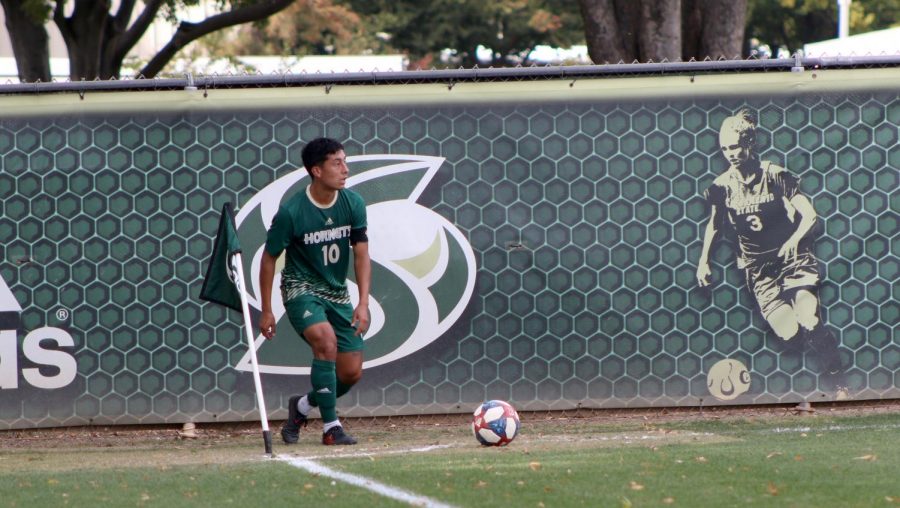 Sac State head coach Michael Linenberger said he felt fatigue and lack of rest played a big part in the Hornets’ performance during the game.

“We put the student-athletes in a very difficult situation where they’re trying to play two games a week with travel,” Linenberger said.  “We traveled in the midweek to (CSU) Northridge, played on Wednesday night, flew home on Thursday, then you have one day to prepare on Friday, and a game Saturday.”

Linenberger, in his 31st season at Sac State, continued to voice his frustration with the team’s schedule after the close overtime loss.

“It’s tough on both teams, it’s tough for all the student-athletes in the Big West,” he said. “Playing Wednesday and Saturday is very difficult. You’re doing that for four or five weeks in a row. It’s almost child abuse on these student-athletes. We need a longer season so we have more rest in-between, and it will make for much better soccer games across the country.”

“Every other team, you know, it’s the same way for them,” Govea said. “It’s something we all know how it is, and we should be prepared for it.”

Both teams were held scoreless in the first half. Fullerton junior defender Rei Dorwart broke the stalemate when he scored in the 52nd minute to give the Titans a 1-0 lead.

Sac State would answer back in the 84th minute when freshman defender Jaime Robles scored thanks to an assist by senior midfielder Matt Carnefix to tie the game at one.

Sac State lost the game with one minute remaining in the second overtime period as Titans junior midfielder Alex Juarez scored off a perfectly placed volley shot in the 109th minute of action.

“I tried my best to get to it, but there was no way I was going to get to it,” said Sac State junior goalkeeper Hector Grajeda.

With the loss Saturday, the Hornets now drop to 6-7-2 for the season.