OPINION: Why men suck at dating

Changing our understanding of manhood is key to improving dating culture 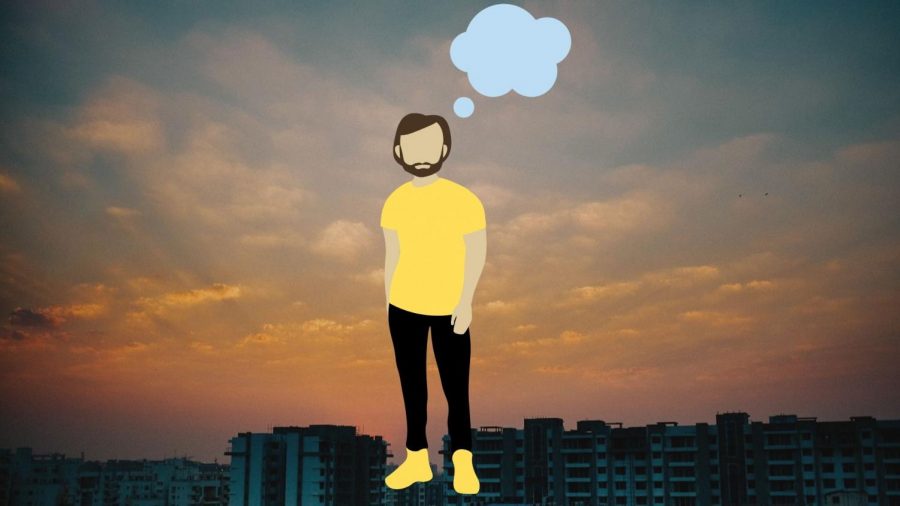 Our cultural understanding of what makes a man is wrong, and it makes dating less pleasant for everybody.

From early boyhood, denial of emotions and insecurities is taught as a necessary skill for social survival.

It is a beneficial tool because society demands it, but it shouldn’t be that way.

Denying feelings and reality has consequences, both for the man doing so and the women he dates. It can take years of deliberate action and painfully honest introspection to break the harmful patterns that result.

What is suppressed eventually erupts when storage reaches capacity.

Thanks, Kaeli (my ex-girlfriend), for tolerating my unruly DM essays. You’re a real one.

The problem is that there’s so much pressure from society, and subsequently internally, to act a certain way, but choosing to perpetuate a stereotype is painful and limiting to everyone involved.

It deprives your dates of an authentic interaction at the cost of your own mental health.

Being a man doesn’t mean adhering to an archetype — hard, unfeeling and certain.

Being “masculine” should mean having the strength of character to authentically follow your own mind and path. It frustrates me how many men, myself included, feel like they need to reject natural aspects of their personalities in order to impress people  — particularly, women.

Boys and young men don’t communicate with each other the same way girls and young women do. There’s a lot we don’t openly discuss.

So when it comes time to communicate with women, men are often lost.

I recently met someone I was very excited about. Conversation flowed as smoothly as our coffee while we spent the morning uncovering all that we had in common. We shared a lot of laughs and I couldn’t wait to see her again.

On our next date, feeling a need to impress her, I tried too hard to be something that I wasn’t. She saw plainly through the nonchalant, arrogant act emanating from my insecurities.

There were fewer laughs, less chemistry and no more dates.

In fact, I never heard from her again.

I did see her though — out with another date she was more interested in. I could feel her eyes on me the moment I entered the bar.

She became visibly embarrassed when I looked back and I wished I had chosen a different spot for a beer, but it was too late to turn around.

We never talked about why there wasn’t another date. I don’t blame her. She didn’t owe me that conversation after going out with me only twice.

You never know when a guy might be at his threshold, verging on an emotional eruption. I wasn’t, but it’s OK. It’s easier to disappear (albeit, maybe not so much when you go to the same bars).

Malt and Mash is mine, Lauren. You can have Tiger.

I went outside to drink my beer, smoke a rare but hard-earned cigarette and began my work on what you’re reading now. It wasn’t the most fun night out, but luckily I had another date coming up — a date who told me her first impression of me was that I’m a “high-maintenance, basic douchebag.”

Ouch… Roasted. I didn’t even ask what her first impression of me was.

High-maintenance? Sure. Basic? My hobbies include collecting sneakers and writing bad jokes for standup that I don’t yet have the courage to perform, so fine. Douchebag? That one stung a little.

I appreciated her honesty though. We had a good laugh about it and a fun date. Hopefully, there will be more to come, but what had I done to give that initial impression?

I defaulted to the archetype that I despise. It was instinct. It can be a hard pattern to break when it’s burned into your subconscious from decades of being called “pussy” anytime you were vulnerable or emotional.

For their own sakes, and for those of the women they date, I wish that men who struggle with trying to be “man enough” would allow themselves the freedom to just be.