OPINION: Stop asking me what my plans are after graduation 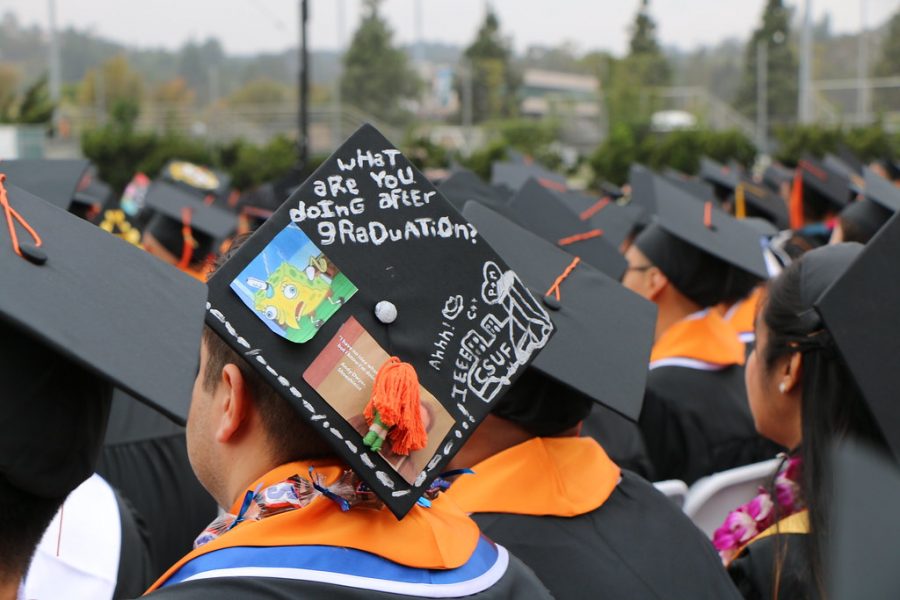 "What are you doing after graduation?" The question is often asked of students, but some tire of hearing it. Opinion writer, Kayla Brown, explains her experience. CC BY-NC-SA 2.0

I’m graduating this upcoming spring. I’m finishing my bachelor’s degree in a four-year time span and only months after turning 21.

Do I know what’s going to happen to me after May? Of course not, it’s still eight months away. But does that stop people from asking me what I’m going to do after college and my life plan?

People need to stop asking what I’m doing after graduation, because how can I plan out what’s happening eight months from now when I can’t even plan out meals for the week?

Why is it so important for people to ask you what your post-grad plans are? Your plans won’t affect them in any way, yet they have this dire need for you to tell them exactly where you’ll be working in several months.

Back in August, my grandma asked me to text her what I’m doing after graduation, including what state I’ll be moving to and what my official job title will be.

She wanted a lot of information that I had no answers to, and when I told her I didn’t have an answer to these questions, she told me to make something up so she has something to tell her friends when they ask. I was speechless.

According to My College Guide, there are 41 career options that I can take after college. That’s a lot of options, and people just want me to casually commit a year before graduation so that we have something to talk about?

In all honesty, I became a journalism major because I was failing miserably as a psychology major. I also watched the first season of The Bold Type and thought that I wanted to be the next Kat Edison and be the social media manager at Cosmopolitan.

But now that I’m three years into being a journalism major and finishing up, I don’t know if that’s what I want to do after college. Will I still apply for jobs as a social media marketer come March? Sure, but who knows if that’s even where I’ll end up after walking across that stage?

At first, I was excited when people would ask me what I’m doing after graduation because it meant I had graduated, but now it is one of the most annoying things someone can ask me. I’m at the point where I want to rip my hair out any time someone even brings up life after post-graduation.

It is also very hard for me to hear that question because it sends me down a spiral. I realize I don’t have any plans for after graduation. What if I don’t get a job and I have to move back home and work at the mall? It will keep me up at night worrying about something that’s nearly a year away.

I may not know where I’m living after graduation, what my job title will be or what company I’ll be working for, but that’s OK. I have time to figure it out and I don’t need people asking me questions that will just give me an unnecessary anxiety attack. So from this point forward, don’t ask me “what are your plans for after graduation” until May.