Students say the school should provide more education about the issue 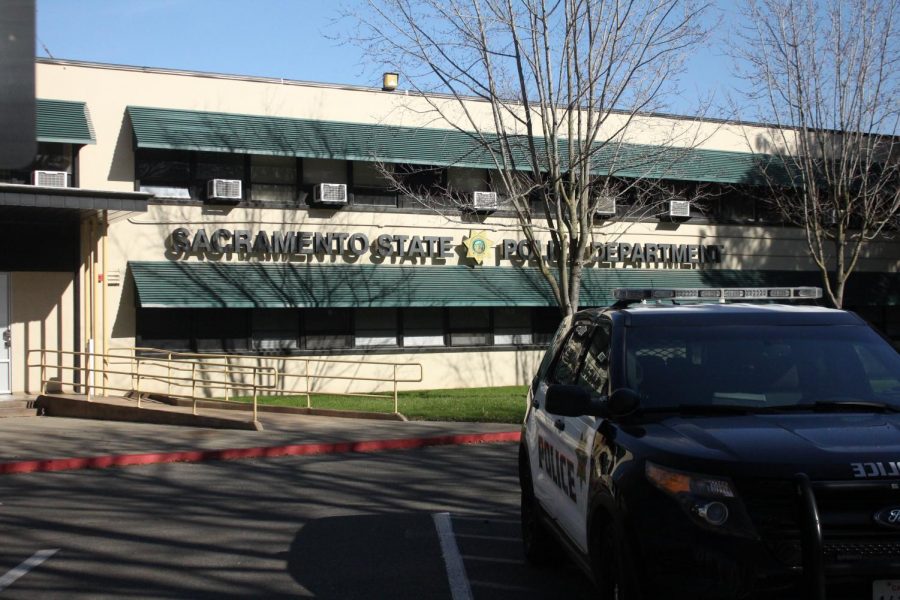 Photo of the Sac State Police Department. The Clery Report showed 30 instances of sexual assault on campus in 2018 compared to four in 2017. University officials have suggested that the increase was due to one individual report.

The results from Sacramento State’s annual Clery Act Report released on Sept. 20 showed that reported incidents of rape increased from four in 2017 to 30 in 2018 but said in the footnotes that there had not been “a significant increase in the number of individuals who had been sexually assaulted.”

On Nov. 8, 2018, an entry noted that a “victim reported that she had recently recognized that the non-consensual physical relationship with her ex-boyfriend over a two-year period constituted sexual assault.”

Ed Mills, the vice president of Student Affairs, confirmed that “there is an individual with multiple reports” of sexual assault.

Mills said an individual reporting repeated sexual abuse in a relationship would be entered into the crime log as one report but every individual time they were assaulted would constitute separate incidents in the Clery Report.

The State Hornet canvassed the campus speaking to 40 students and found only one student who had heard of the Clery Report. That one student had not read the report.

When theatre major Nicole Kelly was made aware of the rise in reports of sexual assault, she wondered what could be done to protect students and to bring about more awareness to the issue of sexual assault.

“I haven’t really heard about things the school is doing,” Kelly said. “I know we have those little blue things that you can click if you’re feeling (unsafe), but I know that I’ve had weird experiences when I lived in the dorms.”

The Clery Report showed that all 30 of the reported incidents happened at residential housing complexes on campus.

Freshman Tabitha Castro had thoughts about how current programs, like the “Not Anymore” sexual assault education videos new Sac State students are required to review, could be strengthened.

“I feel that the program they require us to do, that is due before October is the most helpful,” Castro said. “But I think it should be due before school begins, so students come in educated about (sexual assault).”

Sophomore Riley Bell said it’s a student’s responsibility to be aware of the report but that students and the school should be doing more to collaborate on issues of security and crime reporting.

Students or staff who would like to report a crime of sexual violence can contact the Office for Equal Opportunity-Title IX.