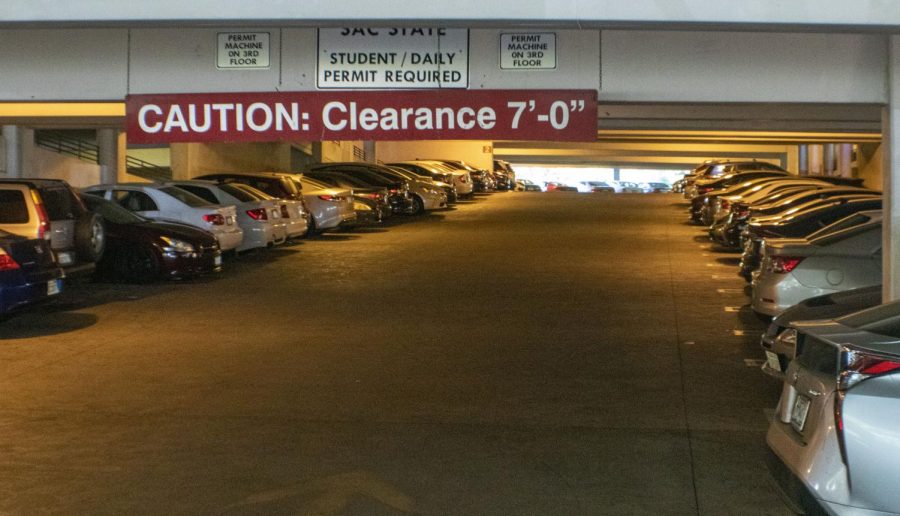 An individual has been placing “fake parking citations” on vehicles at Sacramento State that were parked over the line or had other perceived parking violations.

A total of seven cases have been reported so far, according to Jeff Dierking, an administrative services manager for Sac State’s University Transportation and Parking Services, UTAPS.

“The flyer that was placed doesn’t resemble our current parking citation and doesn’t reference UTAPS, only Sacramento State,” Dierking said.

Tony Lucas, senior director of UTAPS, said that the student was identified and it will be up to the Office of Student Conduct to decide what actions will be taken.

Lucas said several vehicles that received these citations were not actually in danger of receiving a formal citation from UTAPS.

“They were parked over the line into the hashed area adjacent to their space, not taking two spaces,” Lucas said.  “Our parking officers would not typically issue a citation to those vehicles since they did not prevent the use of a second space.”
Sac State UTAPS posted a photo of the fake citation on their Facebook, which led to debate on the UTAPS page.

“Maybe if parking enforcement checked for vehicles parked improperly, or had a line where people could send in reports of vehicles taking up multiple spots, and something was done about it, people wouldn’t feel the need to get their vigilante kicks in,” Doug Redbeard Hicks commented.