TESTIMONIAL: I wish my parents were more open about finances 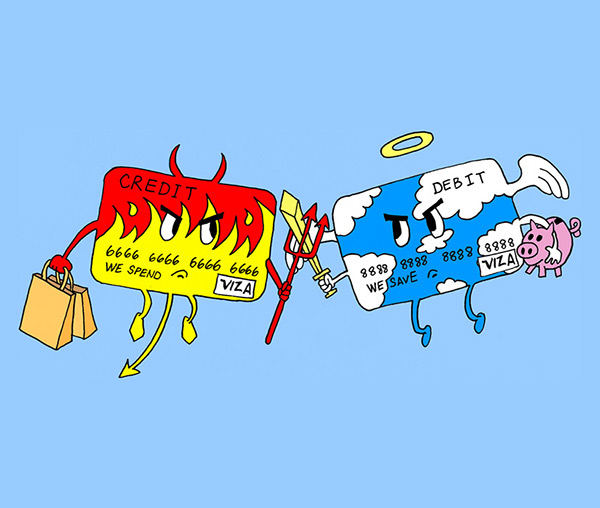 I was 18 when I opened up my first credit card. I went to the bank when I had a free period between classes and applied for a college credit card through Wells Fargo. The entire time that I was sitting there with the banker filling out the application I felt dirty as if the second my parents found out I went behind their backs to get a credit card I’d be shunned. But I was struggling, my car insurance payment was $500 a month and I felt as though I couldn’t ask my parents for help to pay it because they made it clear that it was my fiscal responsibility.

I got approved for a $600 credit limit that came with a bright, shiny yellow plastic card. When I got home from school that day I withdrew $500 from my brand new credit card and used it to make my insurance payment. I told myself it would be fine, I would pay it off rather quickly and then never touch the card again. My parents would never have to know about it. I was wrong.

I was getting paid $300 biweekly if I was lucky, I would use over half of each paycheck to pay off my credit card. With what little money I had left I struggled to pay for things like gas and the occasional meal with my friends, so I charged it to the credit card I promised myself I would pay off.  This became a cycle that I quickly fell into until I learned to just pay the minimum each month, but that didn’t do me much good either. Right now I still owe a great deal on that credit card, but do my parents have any knowledge of it?

Of course not, because I was taught it’s shameful to talk about money, especially when you’re struggling.

Growing up, my parents never discussed money around my siblings and me. The only money talk we ever heard was “save your money” and “you could be saving your money instead of buying stupid things.” It wasn’t always a healthy dialogue, but it was their way of trying to help us. One of my parent’s least favorite subjects was their salaries. I’m not saying kids should know what their parents make, but sometimes hearing them stress about money and taxes made me worry that we didn’t have enough money.

Even now, when I’m in college and in my 20s, my parents and I never talk about money. It’s taboo in my house to discuss how much you got in your last paycheck or how much those jeans you just bought were (unless you got it at a bargain price then that’s the only thing you’re allowed to talk about.)

This past summer, I wasn’t working as much as I wanted to. I spent a month back home and had a week where I was sick and couldn’t work, and I also needed time to spend with my friends and relax before the upcoming semester. Not working a lot and getting paid once a month is not ideal. I made maybe $500 a month and had to stretch it out.

The other week, I called my mom and asked for money. I had no gas, no groceries and was supposed to go to a concert in San Francisco that was planned before I was stretched thin on money. This was the first and only time I asked her for a large amount of money. She scolded me about not being better with my money — as expected — I hung up and cried.

I wish my parents had more healthy dialogues with me about money. Instead of just telling us to save money, I wish they sat down with us and went over our finances, taught us budgeting and how to save properly so you’re not dipping into your savings every other week. It could have been done in a day, or maybe just half an hour for a few weekends. But being so closed up about money has put a lot of negative thoughts in my head, which made me scared of money and my future finances.

My parents always tell me my school loan debt isn’t “that bad.” Of course, it’s not “that bad” to them, they’ve both been working and out of school over three decades. My dad tells me money shouldn’t be keeping me up at night, that it’s something I shouldn’t worry about – but that’s coming from a man who has a stable income and has been working for over 30 years.

Instead of my parents being vague about money, I wish they were more honest, more open. They don’t have to share every financial detail, but it would be nice if they gave me more hope and confidence in my finances.