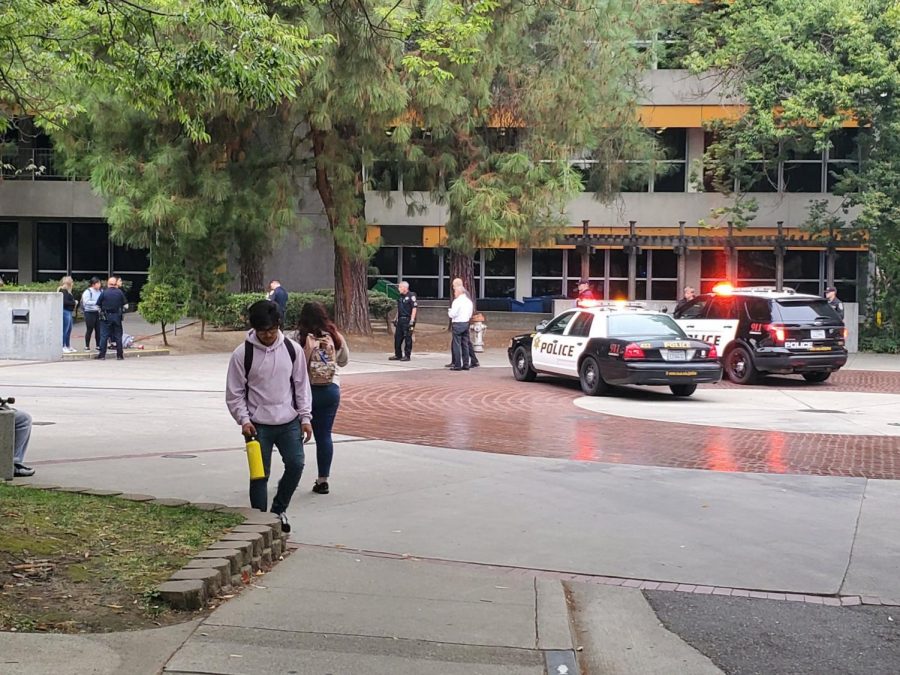 Police responding to a man having a seizure outside of Sequoia hall on Wednesday. The man was taken to the hospital and later died, according to Jeannie Wong, vice president of University Communications.

A Sacramento State student died after being rushed to the hospital following an apparent seizure in front of Sequoia Hall Wednesday, university officials said.

According to Ed Mills, vice president for student affairs at Sac State, the student was Devin Ryan DeVore, a pre-kinesiology major.

“(DeVore) was a transfer student and had just begun his first semester at Sac State,” Mills said in an email.

According to Jeannie Wong, senior associate vice president of University Communications, when the apparent seizure happened, multiple students rushed in to help.

First responders arrived on the scene and performed CPR, according to a video posted to Wildfire, an app designed to “keep students informed of important events happening on campus.” DeVore was then rushed to the hospital in an ambulance.

“He hit his face right on the concrete and we heard him having trouble breathing,” Rios-Ventura said. “Somebody else came over. They took his backpack off. They put him on his side so he wouldn’t choke on any fluids.”

Soraya Perez Vargas, a liberal studies and elementary education major said she heard DeVore hit the ground right behind her. She and others called 911.

“It’s a traumatic thing to see,” Wong said. “Sometimes you carry that load and don’t know that you have it inside of you.”

Mills said any students in need of grief counseling can seek assistance through Student Health & Counseling Services in the WELL or call (916) 278-6461.

Ashton Byers contributed to this report.

This story was updated to include the name of the student who died, Devin Ryan DeVore, following comment from Ed Mills, vice president for student affairs at Sac State.