CRIME LOG: Sac State crimes over the week of Sept. 16 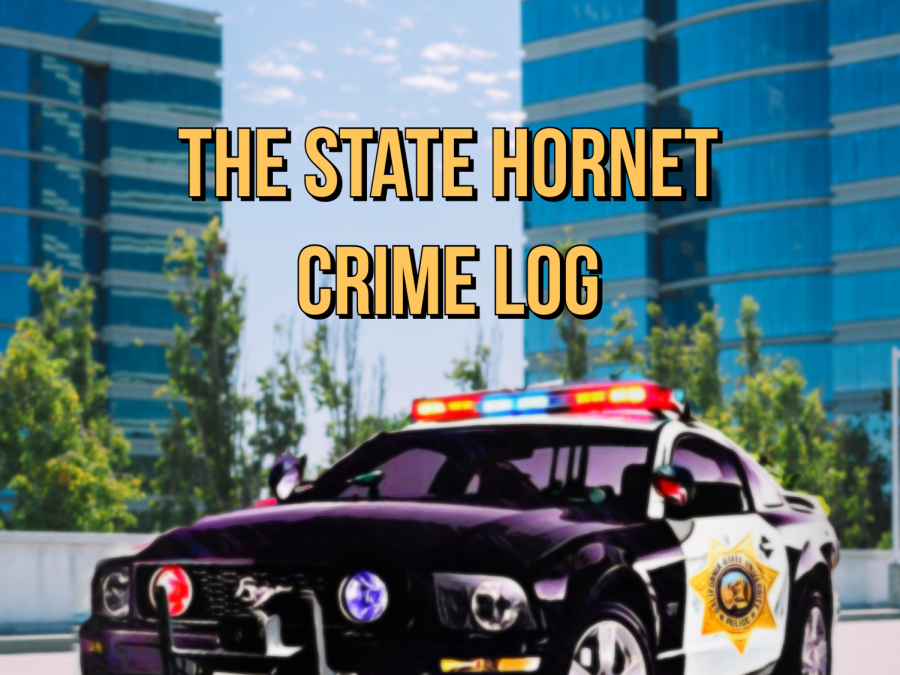 Every week, starting this week, The State Hornet will compile crimes recorded in the campus crime log into a map detailing their location and current status.

Over the week of Sept. 16, the Sacramento State Police Department logged 10 crimes at Sacramento State reported to police, including vandalism, multiple hit-and-runs of property damage and a death threat.

Check out the map below to see what crimes were reported and where they occurred:

Threat of Death/Injury to Another Person

Description: Victim reported money and his bank card were stolen from his wallet that was in a locker. Occurred on 9/13/19 between 1830-2050 hours.

Driving Under The Influence of Drugs/ Alcohol

Description: Officer Rice conducted a traffic stop for a vehicle code violation. The driver was found to be under the influence of alcohol. He was arrested and booked into Sacramento County main jail.

Description: CSO Ortex reported a suspicious male going through recyclables. Officers made contact and a records check revealed the subject had a no-bail warrant for a parole violation. He was arrested and booked into Sacramento County Main Jail.

Description: Victim reported his vehicle was vandalized. Occurred between 0750-1150 hours.

Description: Victim reported his vehicle was damaged. Occurred on sept.16 between 1845-2100 hours.

Description: Report of a physical fight between two subjects involved in a vehicle collision. During the investigation it was determined that the suspect had intentionally caused the collision between his car and the victim, who was riding a bicycle. After the collision, the suspect punched the victim. The victim sustained non-life-threatening injuries. The suspect was arrested and booked into the Sacramento County Main Jail.

The campus crime log is publicly available at the Sacramento State Police Department and online.