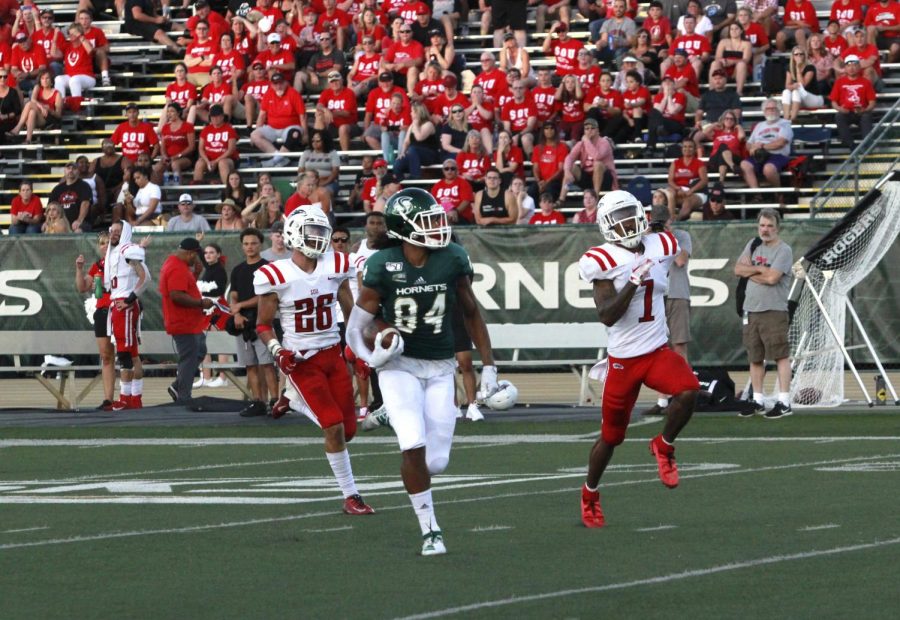 With one game in the win column, the Sacramento State football team has turned its attention toward Friday’s game at Arizona State University.

The last meeting between the two schools came in 2013 when Arizona State won 55-0. The Sun Devils are currently 1-0 in the season after beating Kent State University 30-7 in their season opener.

Even with the Hornets’ big 77-19 win Saturday over Southern Oregon University fresh in their minds, head coach Troy Taylor said that there is always something to improve upon.

“We take the things that we did well last week, look at those and try to maintain and even get a little better,” Taylor said. “The things that we struggled with, we try to work to improve. Hopefully, it will display itself on Friday night.“

“Every game we play helps, every practice helps,” Taylor said. “You only get so many opportunities in football. So our guys are excited to play. Obviously we’ll be tested this week and we’ll see how we respond.”

“You only get so many opportunities in football. Our guys are excited to play.”

“Usually we face tougher opponents like PAC-12 opponents,” Ming said. “We really raise the bar for the Big Sky Conference. So when we get to the actual conference, we’re ready to play (and) you play at a higher level.”

Ming said that they have to look at games on a week-by-week basis and not rely on past performances.

“We really got to work on what we are focusing on for this next week,” Ming said. “Last week is in the garbage right now. We just gotta focus on the future.”

“Last week is in the garbage right now. We just gotta focus on the future.”

Center Wyatt Ming is only focused on looking ahead towards Friday’s game against Arizona State. @SH_Sports @TheStateHornet pic.twitter.com/pfYpReW3hF

Senior defensive back Marcus Bruce, who recorded five tackles in Saturday’s win, said that he expects himself and his teammates to give maximum effort.

“I expect us to go balls to the wall every play, man,” Bruce said. “I know everybody is thinking we’re the underdog and we’re Sac State, but we don’t see it like that. We see it as another game. We’re gonna come out and play 110 percent and we expect to win, period.”

Bruce acknowledged the difficulty in playing a big team like Arizona State but remained confident in the team’s ability to pull off a win.

“They got a good team, good squad, good coaching. But at the end of the day, I think we’re gonna for sure win,” Bruce said. “We’re gonna do what our coaches prepared us to do and looking at the overall scheme of things.

“I really think we have a great opportunity to win this game.”

The Hornets will face off against Arizona State at Sun Devil Stadium Friday at 7 p.m.