Ghazan Khan recognized by CSU for innovation and leadership 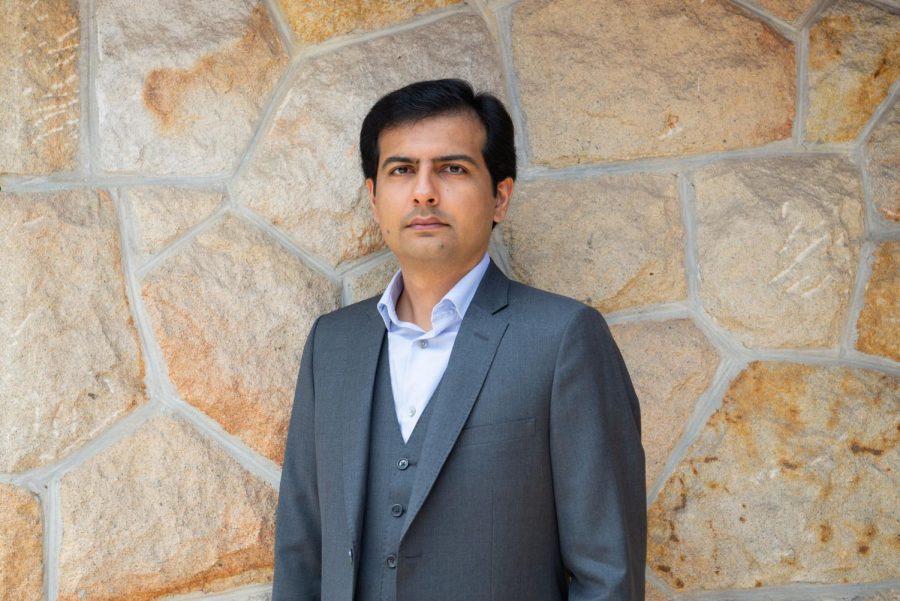 Ghazan Khan, a Sac State civil engineering professor, led the push to bring the autonomous vehicle Olli to campus last semester. For his leadership and innovation Khan is being recognized by the CSU.

Ghazan Khan, a Sac State civil engineering professor, received a Faculty Innovation and Leadership Award from the California State University system in August for his role in bringing the autonomous vehicle Olli to campus.

The Faculty Innovation and Leadership Award is granted to CSU faculty members who excel in their craft, whether in teaching, research, leadership, policy experience, collaboration with local or national organization, student success, advising and student advocacy, according to the CSU website.

Olli is the name given to two autonomous vehicles that were brought to campus with the intent of making public transportation easier as a connector between the light rail and bus stops.

Olli was a product of Local Motors, an Arizona company that created Olli as the “world’s first co-created, self-driving, electric and cognitive shuttle,” according to their website.

As an award recipient, Khan was awarded $5,000 with an additional $10,000 being awarded to the Department of Civil Engineering, according to Khan the award will be used for professional development in that department.

The State Hornet sat down and talked to Khan about his work at Sac State and how he brought Olli to campus.

Question: What was your mindset behind bringing Olli to campus?

Answer: It’s not just me, there’s quite a few people involved in this whole project and the realization of Ollie coming to (the) Sac State campus, and I want to make sure that they all get credited for their efforts and their work.

First and foremost is the Senior Director of UTAPS [University Transportation and Parking Services], Tony Lucas, and his whole team at UTAPS. They have been incredibly supportive and instrumental, in fact, they took the lead at first.

We had some discussions and collaborations with SACOG, the Sacramento Area Council of Governments. I also serve as the Chair of the Transportation Advisory Committee on Sac State’s campus.

An opportunity arose where this company called Local Motors, the manufacturers of Olli, was doing this competition where they were offering campuses in the U.S. to write proposals to say how and why Olli should be brought to the campus, how it would help them and how it would be useful. Sac State, with the support of SACOG, submitted an application.

Local Motors then chose us to bring Olli to our campus and then provide a demo. I wanted an opportunity to expose our students to this latest cutting edge technology.

Q: Where is Olli today?

A: The Local Motors company is working with the city of Rancho Cordova right now to do a trial run there. The demonstration of Olli on our campus attracted quite a lot of people from the city of Sacramento, obviously, [they] were there to experience Olli first hand. Now there are other agencies around the Sacramento region and Northern California region who are inviting Olli to their areas and doing demonstrations and also trials to see how Olli can be used to try and find possible transportation solutions.

Q: Can you describe what it was like to win the Faculty Innovation and Leadership award from the CSU system?

A: It was a big surprise, a bit unexpected. The first thought that came to my mind once I found out that I had won the award was the students. It’s been an extremely rewarding experience primarily because of the kind of students that I’ve had in my classes.

The enthusiasm of the students has made the six years pass by in the blink of an eye. I share a lot of this award with them, in that it would not have been possible without the students and their motivation. I’ve been extremely fortunate to have had the support of all of my colleagues, especially, mentors, faculty and administration as well since I’ve come to Sac State.

Q: Why did you choose Sac State to teach and how long have you been teaching here?

A: I started at Sac State in the fall of 2013, so it has been about six years now. The biggest reason I chose Sac State was because I got my masters and my Ph.D. at the University of Wisconsin in Madison. I was incredibly fortunate to have an excellent advisor and mentor there. My advisor, he prompted me he said ‘Why don’t you take a class for a semester and see how you like teaching?’ I took a course in 2008 and said ‘I love it, I love being in the classroom, I love being there with the students and encouraging them to learn, have a discussion with them, the whole classroom atmosphere is where I feel at home.’

The California State University system is, I believe, one of the biggest in the world, and so when the opportunity came I was very excited.

Q: Did your home life influence your decision to teach civil engineering?

Q: What do you plan on doing next?

A: My aim in the department of civil engineering is to ensure that we can expose our students to the latest state-of-the-art knowledge, particularly in the field of transportation engineering because that’s my area of expertise. That was a big part in… why I got the Faculty Innovation and Leadership Award because I’ve been involved with curriculum redesign and also introducing new techniques into the classroom, like flipped classroom, online learning, things like that.

I’ve received a couple of research grants from the Chancellor’s office in those endeavors. One of the key goals with bringing Olli for me personally as an educator was to provide our students with hands-on experience. If I can create more opportunities like that for our students I think that would be one of my key goals as far as the curriculum is concerned.

On the research side of things, our dream is to try to provide the best transportation solutions. It’s always that last mile that can discourage people from using public transportation.

Khan will be officially awarded by the CSU system on Oct. 17 and 18th at the Graduation Initiative 2025 Symposium.