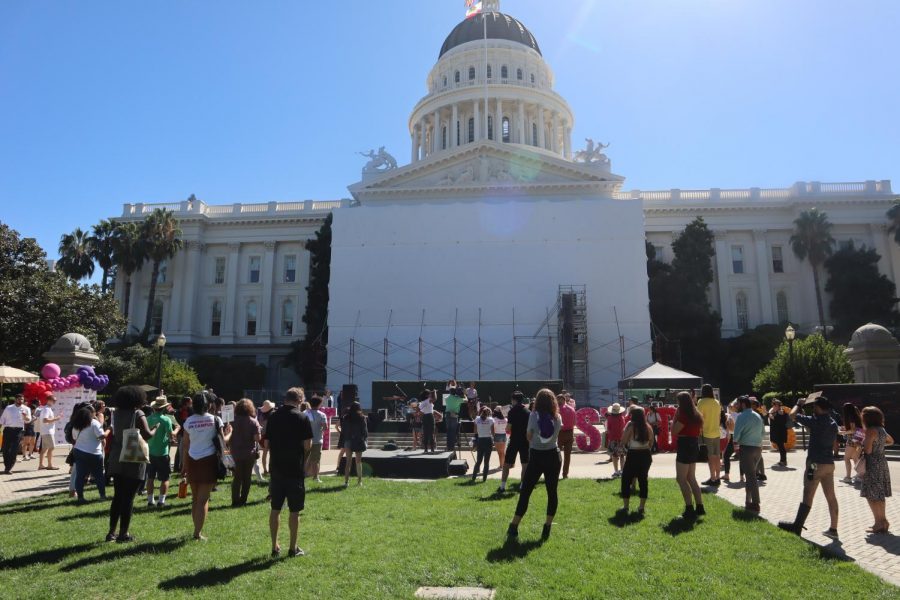 California college students and Senator Connie Leyva rallied in support of SB 24, which would bring medicated abortions to CSU and UC campuses by Jan. 1, 2023. The bill passed the Assembly floor on Friday and is awaiting Newsom's signature.

Newsom has supported both bills, according to a press release released Friday from Leyva’s office.

Abortion medication, commonly referred to as “the abortion pill,” can be used to terminate a pregnancy up to 10 weeks after conception, according to Planned Parenthood.

The WELL currently offers the morning-after pill, which only works within 72 hours after unprotected sex.

“In a time when states across our country are rolling back women’s health care and access to abortion, California continues to lead the nation to protect every individual’s right to choose,” said Levya in her press release.

Leyva argued in the same release that students on California campuses should have easier access to abortion care.

“SB 24 reaffirms the right of every college student to access abortion,” Levya said. “By ensuring that abortion care is available on campus, college students will not have to choose between delaying important medical care or having to travel long distances or miss classes or work.”

Earlier this month, students gathered at the California State Capitol in support of the bill after it passed the Assembly Appropriations Committee.

Alicia Welch, a psychology major, said she agreed with the bill.

“I think it’s a good way to let women know that you can and it’s ok to have an abortion,” Welch said. “It shows that you’re a little more cared about and that you’re not invalidated in wanting to do something.”

Aside from the morning-after pill, The WELL also offers birth control and pregnancy tests, according to the patient portal on its website.

Maree Baird, also a psychology major, said that she has used such services at The WELL before.

“I also have been in situations where I’ve had to buy Plan B and it has been incredibly helpful to have it at The WELL,” she said. “I can’t imagine for any individuals who don’t have the foresight to buy Plan B or make a mistake that they would have to drive to Planned Parenthood to go through the process to get a medicated abortion.”

Baird said that abortion is a part of health care.

“It kind of just makes sense,” she said.