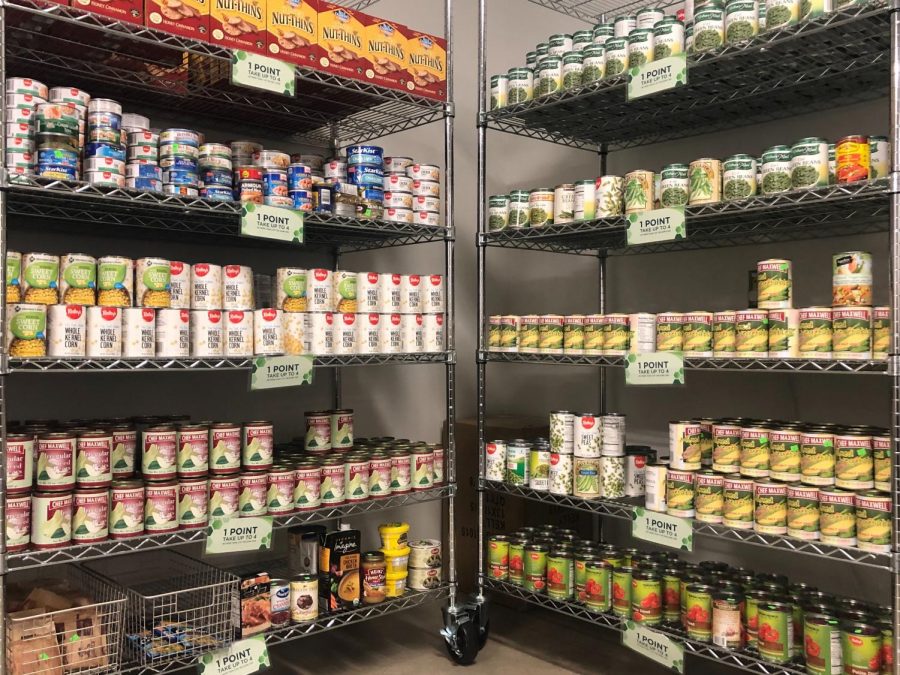 The ASI Food Pantry on campus has opened its new location in the University Union, room 1246, with a mission to “provide food and basic necessities to Sacramento State students in need at no cost,” according to the pantry’s website.

The location in the Union is located next to the Crisis Assistance and Resource Education Support office, which provides students with on-campus access to CalFresh signups, crisis support and emergency housing assistance.

The food pantry was previously located in Yosemite Hall and moved locations in April.

To utilize the food pantry, the only thing students need is a valid OneCard.

“I’ve heard about it. I haven’t checked it out personally myself,” said Chris Raymond, a biochemistry major. “It is something I’m interested in.”

ASI’s Director of Student Engagement and Outreach, Reuben Greenwald, said that the goal of the pantry at Sac State is to serve Sac State students at risk for hunger.

“These students are facing financial challenges, which makes it so they are facing hunger and not able to purchase food,” Greenwald said.

A CSU study titled the Basic Need Initiative presented in February 2018 found that 41.6 percent of CSU students reported experiencing food insecurity, with 21.6 percent of those reporting their level of food security as “very low.”

Priha Parhar said that students may prioritize other costs over food.

“I think they’re embarrassed to admit that it’s a problem so they don’t want to ask for help,” she said. They think other things are more important than food sometimes like, ‘oh I gotta pay for a textbook so I’ll just skip a meal.’”

Elizabeth Villalobos, ASI’s food pantry coordinator, said the food pantry has had a “major increase of users” which the new and larger location is designed to accommodate.

“Last academic year we had 7,957 visits to the pantry and tracked our food going to over 13,000 people,” Greenwald said. The pantry asks each visitor how many people they plan to serve with the food they take.

The pantry functions on a point system with different items equating to a certain number of points.  A “side dish” or “non-food item” such as canned fruit, canned tuna or bar soap amounts to one point, while a “single-meal item” such as a large canned soup or package of instant noodles amounts to two points. Items lasting multiple meals, like boxed cereal or pasta, amount to three points. Students may use the pantry once per week and use up to 16 points per visit.

The first Pop-Up Pantry this semester drew in  674 students, while the ASI Food Pantry sees an average of 350 students per week according to Greenwald.

For students who would like to work with the ASI Food Pantry, Greenwald said there are over 100 student volunteer positions available, as well as three internship positions that were created for the 2019-2020 academic year.