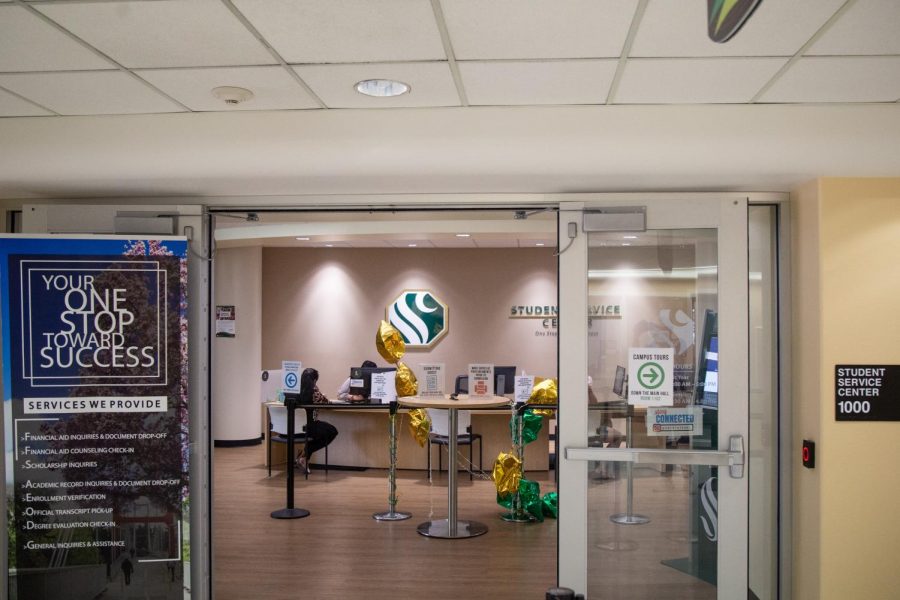 Sac State's Student Service Center in Lassen Hall where students can receive help for financial aid. Starting in the summer of 2020, students will be able to receive financial aid for their summer courses as well.

California State University system students will have the option to apply for summer financial aid after the system was allotted $6 million to fund financial aid for summer classes in 2020 and 2021.

Included in the 2019-2020 California state budget signed by Governor Gavin Newsom on July 1, this is the first time the state will fund financial aid for summer courses, according to Anita Kermes, Sac State’s financial aid director.

Kermes said the only way to pay for summer classes was out of pocket, unused financial aid from the academic year or loans. That was until two years ago when the Department of Education made it so Pell Grant eligible students enrolled in at least six units could use part of their total grant allowance to pay for summer courses.

According to Kermes, the new funding will be made available to students that are California residents and are eligible for state financial aid. However, the individual campuses are waiting for further guidance from the CSU.

“The added funding supports Graduation Initiative 2025 goals and for students able to take courses during summer months, this funding will improve their time to degree and save them money,” Molle said

The CSU’s Graduation Initiative 2025 aims to “ensure that all students have the opportunity to graduate in a timely manner according to their personal goals,” according to the CSU website.

According to Molle and Kermes, the $6 million will be split between summer 2020 and 2021 semesters.

The UC system was similarly allotted $4 million to fund financial aid to their students in summer 2020 and 2021 as well.

“I actually found out that you have to pay for the classes in full and then you get reimbursed for it and to receive financial aid you actually have to take more than two classes,” said Anya Bustamante, a Sac State social work major. “So it ended up being like $2,500 that I had to pay out of pocket first and I could just not do that.”

Bustamante said she had no option but to enroll in classes at a community college instead. However, she said she’s still struggling to pay for her American River College courses with the work-study job she has at Sac State.

“I have to get another job because I live off-campus and pay rent, also books are super expensive and there’s always stuff that comes up so that’s really a financial burden that I have to worry about,” Bustamente said.

Bustamante said she hopes that the new funds will mean students won’t be paying out of pocket, even if they’re reimbursed after the fact.

“That’s a lot of money that you have to come out of nowhere,” Bustamante said. “I actually got a grant for $1,500 and then the summer classes I ended up taking were still two-thousand-something dollars. So you go in and you pay it all in full and then after two weeks that you start your summer classes you get reimbursed.”

Valerie Medina, a communications studies major, said she was only able to continue her education after community college because of FAFSA.

“FAFSA definitely helped me in general. Without it I would not have extended my education,” Medina said. “I could not do it without it.”

Medina said the summer financial aid could help her pay for a place near campus, rather than commute from Galt in southern Sacramento County.

“I’ve struggled with commuting,” Medina said. “Everyday I have an hour or so commute and I have been in a couple of accidents due to the rush. If I could afford a dorm or apartment I would be less stressed out.”