International roster of 7 has 6 Canadian players 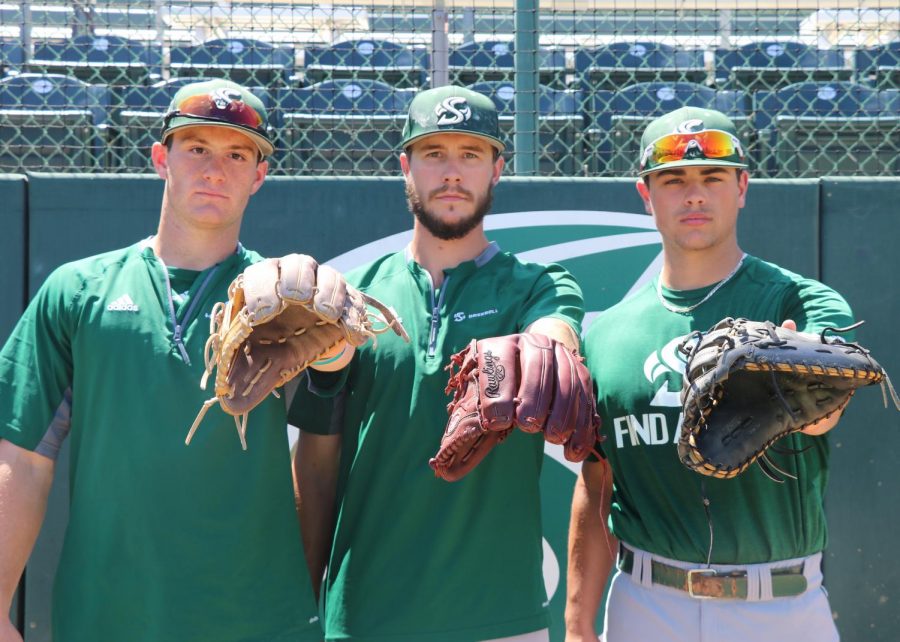 The Sacramento State baseball roster includes players from around the world, with seven international players on its roster, including six players from Canada.

Freshman pitcher Sean Fekete, who came from the United Arab Emirates, is the lone international player not from Canada.

In his ninth season at the helm of the Sac State baseball program, head coach Reggie Christiansen has had connections up north, since he was formerly the head coach at South Dakota State University.

“When I got out here and became the head coach, I went to an event called the Canadian Cup,” Christiansen said.

He said when he went to the Canadian Cup, he watched two future Sac State players, including sophomore infielder Steven Moretto.

Moretto chose to come to Sac State to follow his dream of playing Division I baseball.

One of the positives about Sac State, Moretto said, is that it is located on the West Coast but is still somewhat close to his family in Coquitlam, British Columbia. He enjoys the sunnier weather, as opposed to the rain he experienced nine months out of the year in Canada.

“When I got the offer to come down to Northern California, it was pretty much a no brainer,” Moretto said.

Moretto said that Sacramento reminded him of Vancouver in terms of its residents’ hospitality.

“Everyone here was really welcoming,” Moretto said. “You’re walking to class, or you’re walking around campus and someone opens up the door for you.”

Moretto had a batting average of .216 with 9 home runs and 38 RBIs during the 65 games he played this season.

Senior pitcher Tanner Dalton said the transition to Sac State from Lethbridge, Alberta at 21 years old was easy for him because he has always lived away from home.

As a reliever in the bullpen, Dalton was fourth on the team for appearances in the season with 29.

“I like to think that I’m one of the guys coming out of the bullpen that they can rely on,” Dalton said. “I go out there and show them what I can do, keep putting up zeros.”

An extra motivation for Dalton is to show that Canada has talented baseball players, he said.

“The Canadians can contribute and play ball with all the guys from the (United) States,” Dalton said.

Moretto and Dalton said that their accents are noted in the clubhouse. Other team members, like freshman first baseman Martin Vincelli-Simard, are not native English speakers.

Vincelli-Simard’s first language was French. The freshman grew up in Boisbriand, Quebec, and said that the transition to Sac State was not only hard because he was far from home, but because he also had to deal with the challenges of learning a second language.

He said that his teammates were helpful with the transition when he got to Sac State, which made it easier for him to adjust to Sacramento.

Vicelli-Simard originally came to Sac State to be a catcher but is in the process of transitioning to being a first baseman.

He said he came to Sac State because he loved the campus and the weather — being from the Eastern part of Canada, Vicelli-Simard said he’s used to the cold and rain.

The Hornets, in addition to the six Canadian players on the team this past season, have two more Canadians in pitchers Elias Saul and Carter Morris coming to Sac State as freshmen next season.

Christiansen joked that the team is called “Cal State Canada” as six of his seven international players are from Canada and four more are on their way next season.

He added the diversity factor that he likes about his international athletes is they are not all from the same background and had all different experiences.

“I just enjoy bringing kids together on a baseball team that are from different backgrounds because I think that you’re able to mold a group together through the game of baseball,” Christiansen said.