REVIEW: Taylor Swift leaves her ‘Reputation,’ moves on to ‘ME!’ 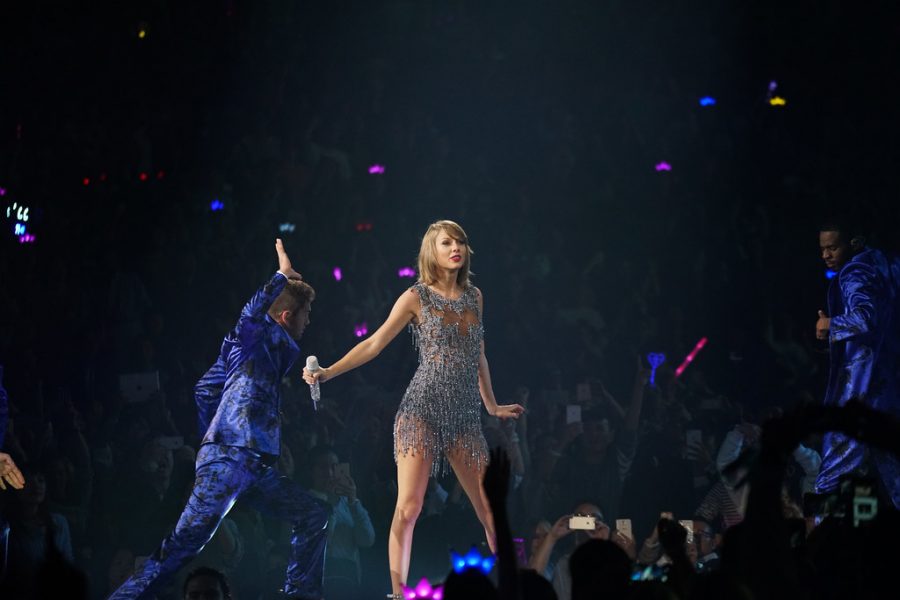 Taylor Swift performs in Shanghai in 2015 as part of her 1989 World Tour. Swift's latest single, 'Me!' features Brendon Urie of Panic! at the Disco.

Taylor Swift has finally taken the initiative to move on from her “Reputation” era since she finished her tour for the album by releasing her new single “ME!” on Thursday, featuring Brendon Urie of Panic! at the Disco.

Prior to the release, Swift was dropping subtle hints via Instagram. Her posts appeared to be rather colorful compared to what she would post during “Reputation.”

I for one was intrigued, but I’ve always wondered what she’d do after “Reputation” since I watched her “Reputation Stadium Tour” on Netflix when it came out on New Years Eve in 2018.

When “Reputation” was released, I wasn’t a fan. I had fallen in love with “1989” and everything prior, but when her first single “Look What You Made Me Do” was released, I immediately turned it off. The direction did not seem like her to me and it sounded like a remake of “I’m Too Sexy” by Right Said Fred.

I refused to listen to “Reputation” up until I watched her Netflix documentary.

When Swift announced via Instagram that her next single featured Urie, I knew I had to give it a chance.

I’m a fan of Panic! at the Disco, but I especially love Urie’s voice. He can hit a range of octaves that not many artists can.

I am devastated that the “country” in Swift’s music is gone, but “ME!” is everything I expected it to be.

From the few hints Swift was posting via Instagram, the posts foreshadowed my suspicion of what the song would sound like.

The post ranged from pastel colors to colorful suits to a butterfly mural. This to me meant the song was going to be fun and uplifting.

At the start of the music video a pastel pink snake appears slithering across a colorful brick road and suddenly bursts into beautiful butterflies.

Like most fans, including myself, I think it signals the end of “Reputation.”

The butterflies fly up to a window, through which we see Urie and Swift arguing in French.

What I’ve always enjoyed about Swift’s music is that she occasionally finds the humor in her songs. “ME!” is as if  “Blank Space” and Panic! at the Disco’s “Nine in the Afternoon” formed into one song.

It’s not that “ME!” is a post-breakup song like “Blank Space,” but rather, it’s the idea that when a relationship ends, neither member will find someone who’s the same. I think this is something every relationship encounters and “ME!” sheds light on this.

From my own personal experience a relationship is a team effort. It shouldn’t revolve around me, myself and I.

Meanwhile it has a modern day “Nine in the Afternoon” feel and that I am here for, in which the aesthetic is even more chaotic.

Middle school nostalgia kicks in and suddenly I time traveled to the Panic! at the Disco’s “Pretty Odd” era, but in the faint background Swift’s voice is present.

In “Nine in the Afternoon,” there’s a marching band parading around flashing in and out of Urie’s antic dreams. In comparison to “ME!” Swift is parading down the colorful brick road in a pastel suit along with her backup dancers dancing in formation.

I look forward to seeing what Swift will debut next and anticipate “ME!” being a song of the summer.