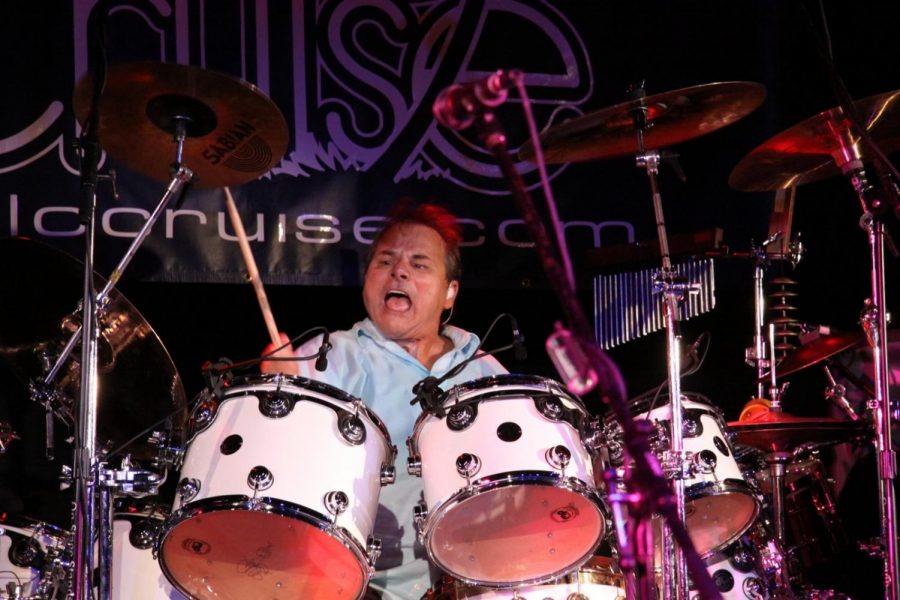 Steve Price, Pablo Cruise's drummer rocks out during a performance on July 10, 2009. Pablo Cruise is one of headliner's for Hornet Athletic's music festival Hornet Fest.

Hornet Fest, a first-time music festival at Sacramento State, is coming to campus next weekend with four scheduled musical artists and free entrance to a baseball game.

Hornet Athletics is hosting the university’s inaugural music festival on Saturday, April 27. The event will run from 1 p.m. to 5 p.m. and will take place “rain or shine,” according to their website.

Cheryl Boyes, the event’s coordinator and director of community relations and special events , said she hopes the event will appeal to the entire Sac State community.

“Hornet Fest is a music festival to bring out the entire community,” Boyes said. “We’re Sacramento’s only four-year university and we want the community to come out and enjoy what we have to offer here on campus.”

Boyes said she is confident that Hornet Fest will sell out all of the 3,000 tickets available to the public. 118 tickets have been sold so far.

“I believe that Fox Wilde will connect with the students,” Boyes said. “Fox Wilde is on of the hottest pop bands in LA right now, and I believe that they will be a really, really fun group to showcase and get the festivities started.”

Event coordinators chose Pablo Cruise as a headliner to draw in a large audience of donors and alumni, Boyes said.

Hornet Fest takes place at the same date and time as Sol Blume, a local music festival with current R&B and soul artists performing at the Ceasar Chavez Plaza in Downtown Sacramento. Grammy-Award winning artist Miguel will be headlining.

“It’s hard to pick a weekend where there isn’t anything else going on,” Boyes said.

Sac State student Hadiyah Owens said she was certain that if it came down to a choice, however, she would choose Sol Blume over Hornet Fest.

“I attended the first (Sol Blume) last year and had an amazing time,” Owens said. I’m still debating whether or not I’m going this year. I would choose Sol Blume because I have been before and I know who’s performing.”

Tickets for Hornet Fest cost $40 for general admission and $10 for youth 12 and under. Students can attend the event for free by bringing a valid OneCard.

Ticket prices for the festival include admission the Hornet baseball game against New Mexico State at John Smith Field starting at 6 p.m. Beer, food and wine will also be offered at the event for an additional price.