Event is in front of The WELL on Friday 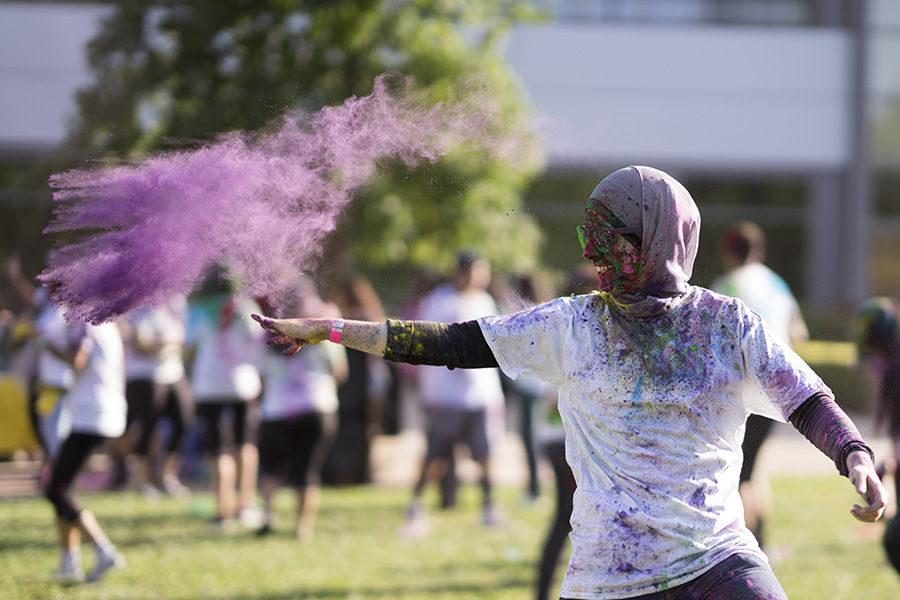 Sacramento State’s chapter of Bhagat Puran Singh Health Initiative (BPSHI) will be hosting a color party outside of The WELL on Friday.

Jasreet Barn, a BPSHI board member and freshman biology major, described the event as a social event meant to be a fun night for students.

“There’s going to be music and people are going to be throwing color and just having a good time,” Barn said.

She said there will be a DJ and space for taking photos. Attendees will be given a free shirt and packets of color to throw. In addition, people are encouraged to wear clothing they wouldn’t mind getting paint or other material on, especially white items.

BPSHI hosted a similar Festival of Color previously in 2016 meant to provide a fun experience while also supporting their organization’s health initiative, which is inspired by the work of Sikh philanthropist Bhagat Puran Singh.

According to Barn, Singh started an initiative to provide free health assistance to people in need and BPSHI is carrying it on with a number of chapters at different universities like UC Berkeley, UC Merced and Sac State.

BPSHI works to provide care and raise medical awareness in underserved communities. Their efforts include setting up free clinics at Sikh temples in which they check blood pressure, blood glucose and other vital body information. The group hosts a doctor and nurse on site who check patients and provide health education. They give suggestions on how to improve the health of those who need it.

“I just liked the interactions with the patients,”  Barn said. “They were really warm and once you start talking to them they get very comfortable and really appreciate you helping them.”

Jasneet Sohal, a senior kinesiology major, said she also enjoys the clinic work the group does, especially at her local temple.

“I like giving back to my community,” said Sohal.

BPSHI has also been involved in other community service work such as supporting Camp Fire survivors during November 2018.

Sohal and fellow club member Prabhpreet Sidhu, a junior criminal justice major, said that the upcoming color party is simply about having fun, where students are able to escape the usual stress of their lives and enjoy themselves while dancing and throwing colors.

“We just wanted to have something where students can just chill before finals and kick back,”  Sidhu said.

The color party will take place by The WELL at the South Green Lawn on Friday from 6-8 p.m. Tickets are currently $13 but will go up at the door.

To purchase prior, those interested can reach out to BPSHI on their Instagram @sacstatebpshi for more information.