REVIEW: Season 2 of ‘Chilling Adventures of Sabrina’ left me with mixed emotions 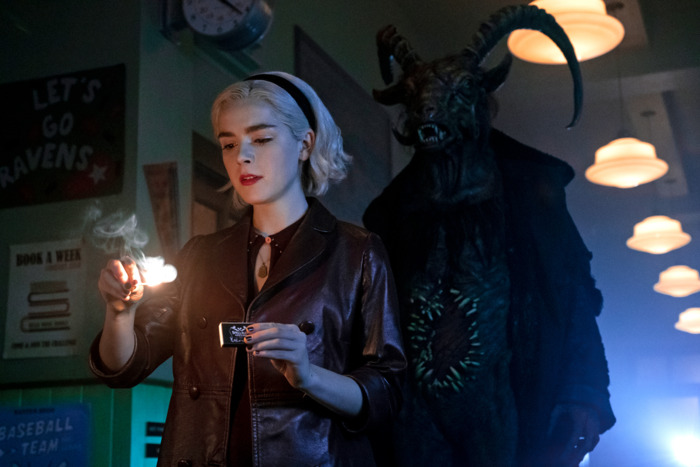 Spoiler warning for all seasons of “Chilling Adventures of Sabrina.”

I have a love and hate relationship with the new season of the “Chilling Adventures of Sabrina.”

In season two, which recently came out on Netflix, Sabrina Spellman is back with the chilling events of her half mortal-half witch life.

Last season, Sabrina was dealing with and rising against the wishes of the Dark Lord Satan by refusing to sign the Book of the Beast on her 16th birthday after finding she would lose not just her mortal self, but her best friends, Rosalind Walker and Susie Putnam, her boyfriend Harvey Kinkle, and attending Baxter High.

RELATED: REVIEW: Sabrina the witch is back!

When I first saw the “Chilling Adventures of Sabrina,” I didn’t know how to feel considering that I grew up watching “Sabrina the Teenage Witch” and “Sabrina: The Animated Series.”

Like most people, I don’t like change but I’m willing to give new things a try anyway.

Once I finished the first season, I was in complete shock. I couldn’t believe what I just watched and, luckily for me, Netflix had already announced that there was going to be a second season.

When I finally binged watched the second season after it premiered, I was full of emotion.

First and foremost, I think it is amazing how Sabrina empowers her peers, calls out the sexism within her coven and fights for gender equality.

For instance, in the first episode of season two, Sabrina is back at the Academy of Unseen Arts to complete her witch training.

Father Blackwood, the high priest, announces the role for top boy. Sabrina proposes herself as the next top boy; however, in the Church of Night’s history, the role of top boy has always been held by a man.

Sabrina announces that sexism within the Church of Night needs to be stopped, and that there should be equality for both men and women.

Secondly, there was a lot of character growth throughout this season.

Sabrina’s best friend for example, Susie, has suffered from being bullied for how she looks. This season Susie announces they will be identifying as male and they would like to be called Theo.

These two things resonate with a lot of young people. The sexism from peers to being bullied for being yourself is an ongoing conversation that is always being addressed.

Once I finished the second season I didn’t know how to feel.

I just found out the truth behind Sabrina that I wasn’t quite ready for — her father is actually the Dark Lord.

However, that’s not the nail biter.Not only is her father the Dark Lord, but he wants to make her the queen of hell by marrying her.

I was grossed out beyond measure. “Chilling Adventures of Sabrina” was already weird enough.

I could not imagine what Sabrina was going through. I felt sympathetic because she just found out the father she thought she had is not her actual father, and that her biological father wants to marry her.

In a coven that is centuries old, the eccentric laws that make it OK for you to be romantically involved with a family member made me want to vomit.

Ultimately, I do believe Sabrina is going put an end to the incest and the sexism that goes on.

The “Chilling Adventures of Sabrina,” was amazing, but the ending could have been better and for that reason, I was underwhelmed.

Netflix announced there will be another season, set to begin filming at the end of this month. When that’s aired, I hope I don’t feel the same way as I do now.