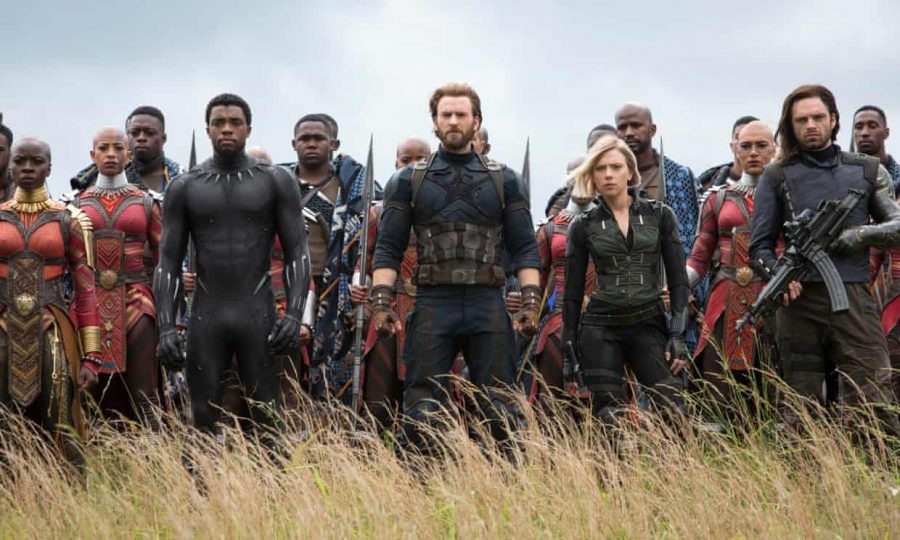 "Avengers: Endgame" made its debut on Thursday night.

“Avengers: Endgame” officially hit theaters Friday and yes, I was one of those people who woke up at 5:30 a.m. the day tickets went on sale to secure my seat so I could see it as soon as it opened. Already poised to break box office records, it’s safe to say this is one of the most highly anticipated movies of the year.

If you’re like me and sat stunned in your seat as the credits were rolling for “Avengers: Infinity War” and Spider-Man’s dusting still breaks your heart a year later, then let me warn you now that you may need to take a personal day after viewing the three-hour long conclusion.

RELATED: #SacStateSays: ‘Do you have any theories or expectations for Avengers: Endgame?’

“Endgame” picks up where “Infinity War” left off. Thanos, played by Josh Brolin, has wiped out half of the universe’s population and the remaining heroes are left coping with the aftermath.

Captain America is attending support groups, Black Widow is making peanut butter sandwiches and doing what she can to help the rest of the universe with the help of Rocket, or as Thor so affectionately calls him “sweet rabbit,” and newly acquainted hero Captain Marvel and Thor, well Thor has really let himself go.

The movie sits at just a minute over three hours and while it is a tough challenge to make any movie of that length fly by, “Endgame” makes a valiant attempt.

While some scenes could’ve been saved for the DVD release, “Endgame” does an excellent job of encapsulating 11 years worth of movies and plotlines into one thoughtful conclusion.

After a somewhat eerie opening, it takes a little time for the movie to pick up speed. However, it wasn’t long before I was hanging on every word.

Like any good Marvel movie, the film seamlessly intertwines humor, even if some of the jokes were a bit cheesy, with action and several tear-jerking moments. I am not lying when I say I may have shed a tear – on more than one occasion.

Thor, played by Chris Hemsworth, and Ant-man, played by Paul Rudd, unsurprisingly provide much of the comic relief throughout the film. Most of their punchy one-liners had audience members laughing nearly every time they spoke.

There’s Stan Lee’s final Marvel film cameo, there’s female empowerment, there’s an epic score and soundtrack and there’s Thor guzzling beer. “Endgame” has everything you can think of and more.

This movie is just a lot of fun.

“Endgame” emotionally celebrates the original six Avengers – Iron Man, Captain America, Thor, Hulk, Hawkeye and Black Widow – and rightly so, as they are where it all started. The movie seems to spend a special amount of time with Iron Man and Captain America.

It really tugs on the nostalgia for many long-time Marvel fans as the movie makes several references and callbacks to the earliest films, almost serving as a thank you for the fans’ dedicated devotion to the universe for the past decade.

“Endgame” serves as a sentimental send-off to some of the most beloved heroes of the MCU and paves the way for a new generation of heroes and films. It is a love letter to Marvel’s biggest fans.

“We’re in the endgame now,” Doctor Strange said in “Infinity War.” It is the end, for some. For other new heroes, it’s only the beginning, and I cannot wait to see what phase four of the MCU has in store.

I also can’t wait to go see “Endgame” again because I’m positive I missed several Easter eggs. I already have my tickets for Saturday.