The next 70 years of coverage, and beyond, will be entirely online 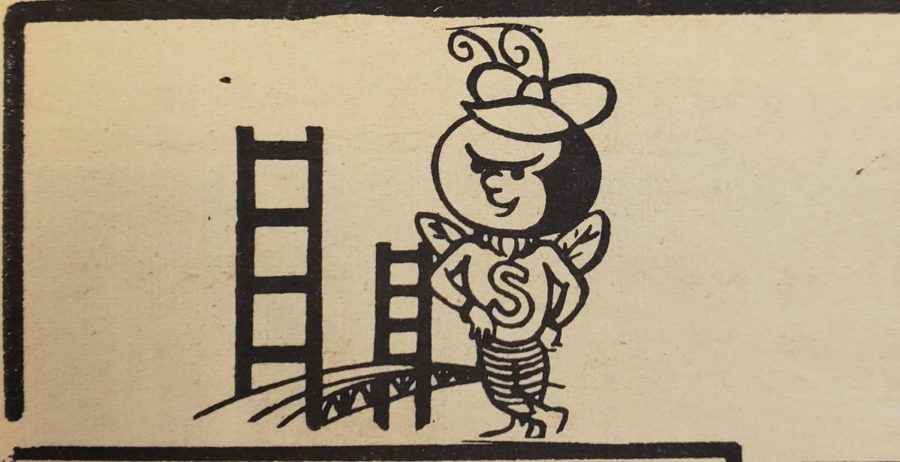 Flag from The State Hornet archives

2019 marks a big change for The State Hornet — we’re celebrating the 70th anniversary of our formation as Sacramento State’s campus news organization, and as the school year draws to a close, we will transition to an online-only publication.

To celebrate this monumental change, we’re revisiting what we set out to do as a news organization.

Those four words were hand-drawn on the front page of the first issue of The State Hornet, then called the Sacramento State College Hornet Bulletin, published on Jan. 14, 1949. We’ve been on a mission to do that ever since.

“It is interesting and significant that students of our college have gone ahead on their own to develop a student paper,” then-University president Guy West wrote in a message printed on the first page of the issue. “As you see, our first publication is modest and unpretentious, but out of this enthusiasm and interest will undoubtedly come a paper that will be representative of this college and take its place as one of the best state college newspapers.”

The State Hornet was established to be the premiere source for unbiased Sac State news, to hold Sac State administration accountable and to keep our primary audience, the students of this university, updated on the news that affects them.

“Now is the time for everyone to take an active interest,” then-editor-in-chief Wayne Miller wrote in an editorial printed on the second page of the 1949 issue. “There is plenty to do.”

For the past 70 years, we’ve made that our mission — to take an active interest in the lives of Sac State students.

Miller’s suggestion isn’t a groundbreaking concept in the world of journalism, and a similar suggestion can be found in the Society of Professional Journalists’ Code of Ethics, a set of ethical guidelines followed by The State Hornet and many other professional news outlets.

“Be vigilant and courageous about holding those with power accountable,” SPJ’s Code of Ethics reads. “Give voice to the voiceless.”

Hundreds of staff members have spent countless hours working toward this goal over the years, producing stories, photos, videos and other media in order to give voice to the voiceless, and to hear the concerns of Sac State students.

Over time, we’ve tried our best to make good on this promise by covering issues that the Sac State community cares about, regardless of the subject. We’ve also held those with power accountable, when necessary.

When a group of students and faculty found that excess lead was found in its drinking water, The State Hornet was there to report the story. After a series of articles and an editorial, Sac State eventually tested all water fountains on campus, leading to repairs of some and permanent removal of others.

Sac State walked back a policy in February 2018 that would have banned unapproved filming on campus after The State Hornet asked representatives from the California State University system for its response to claims of the policy being unconstitutional.

Parking availability has been one of the most widespread complaints about Sac State since its founding, and The State Hornet is no stranger to hearing students’ concerns. A search of The State Hornet’s online archives shows more than 150 articles about campus parking since the year 2000, which is as far back as the archive extends.

We’ve documented the changes in political climate on campus, including a university-wide shutdown in response to students protesting U.S. foreign policy in 1970 and a mass arrest of students, journalists and activists at a March 2019 protest over the Sacramento County District Attorney’s decision not to charge the officers responsible for shooting and killing unarmed 22-year-old Stephon Clark.

Before Black Panther and Creed director Ryan Coogler became a big name in Hollywood, he was a powerhouse for the Sac State football team, and The State Hornet reported on his aspirations to be a filmmaker.

Though we won’t be delivering stories like these in the form of a physical newspaper, the transition to being a digital-only publication gives us a new opportunity to connect with our audience in new ways by providing coverage on a multitude of other platforms.

Freed from the time requirements it takes to design and publish a newspaper, The State Hornet’s staff can now invest more of their time in longer-lede stories and digital treatments like videos, interactive graphics, social media stories, audio embeds and maps.

The departure from print won’t mean we’ll be forfeiting our place on campus. The State Hornet will continue to seek out stories from our audience in order to make sure their voices are being heard. Our hope is for the content we publish to begin a discussion on campus and on social media about how Sac State can change for the better.

As we move forward into a digital-only era, The State Hornet will continue to do what it has done for the last 70 years — be the voice of Sac State. As a fully student-run publication, we hold ourselves to a high standard of echoing the student voice and getting it right.

Diverse, hard-hitting, impactful journalism is what we strive for and it will remain at the forefront of our coverage as we move online. We are dedicated to providing live campus updates to our audience of more than 30,000 students, in a way no other Sacramento media outlet can.

After all, we are members of the student body, taking a class. We are positioned to tell the story of this campus better than anyone else, while at the same time holding high standards for our work.

So, here’s to the next 70 years of excellence in student media. Though you won’t see us in newsstands on campus anymore, you will see us at games, meetings, events and protests on campus or off. You will see us tabling, sharing our mission and encouraging people on campus to get involved.

In turn, we hope to see you at statehornet.com.