EDITORIAL: Celebrating the best — and worst — of Sac State 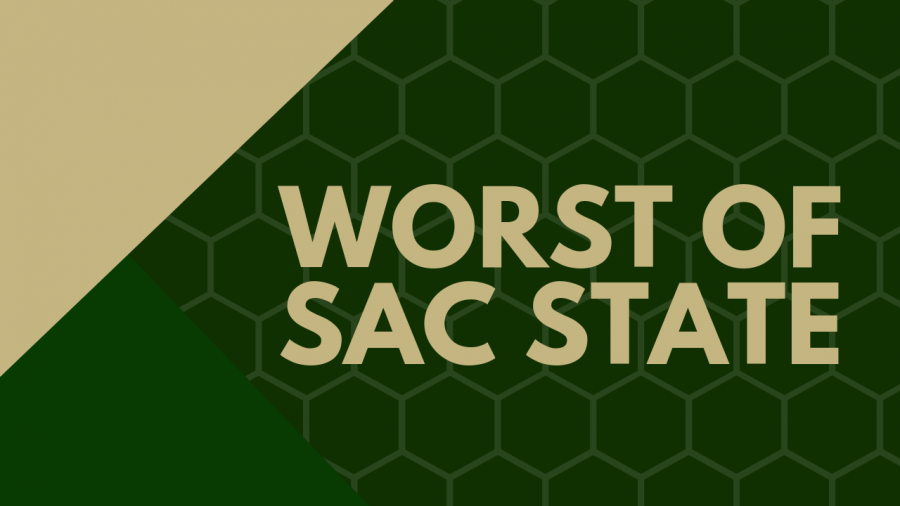 It’s spring at Sacramento State, and that means it’s our favorite time of year — when we ask our readers to celebrate what defines our campus in our annual Best of Sac State poll.

And though we may laugh as we choose the most iconic Herky outfit and reminisce on our favorite Phlagleblast memory as we cast our votes, it’s hard not to think about the moments that have left us with a more rounded impression of the university.

Like the series of alleged instances of hazing and other violations in multiple Sac State Greek organizations.

Though the university removed its chapter of the Delta Chi fraternity for three years as a result of the alleged hazing incidents, it became clear that Sac State does not do enough to hold Greek organizations accountable for systemic problems like hazing and alcohol abuse.

Alerting students of problems within Greek organizations isn’t the only instance in which Sac State has illustrated a lack of adequate transparency this year, either.

Campus officials and the Sac State Police Department faced scrutiny after choosing not to notify campus members about a sexual assault that occurred on Sept. 16 in the American River Courtyard residence hall.

The Clery Act mandates that emergency notifications be sent to the campus community, but only when the campus police department determines that there is a serious threat to campus security, according to the Clery Center.

While the assault was reported publicly in the campus crime logs, the Sac State community was only alerted of the incident following a Sept. 30 State Hornet article and accompanying editorial about the university’s lack of transparency and care in updating students.

But it’s not all bad. Sac State had its fair share of positive moments this academic year.

We bore witness to a historic midterm election, one that brought the highest number of Sacramento County residents to ballot boxes across the county — including one in Modoc Hall at Sac State’s voting center, the first of its kind among California State University campuses.

Within our own electoral microcosm, the spring 2019 Associated Students Inc. elections returned with a heftier ballot. Last year, current ASI President Noel Mora ran unopposed for his position. Now, three candidates are on the ballot in the run for president of an organizations that handles millions of dollars.

In March, when Sacramento County District Attorney Anne Marie Schubert announced the decision not to charge the officers involved in the fatal shooting of unarmed 22-year-old Stephon Clark, the university stepped up, hosting a week of community healing events.

And finally, after a two-year long period of construction, the $63 million University Union Expansion finally opened to the public April 2. Featuring a renovated Games Room, a brand new Starbucks and additional lounge and study space, the building is a promising look at what multi-year construction projects can do for the university.

The walking traffic bottleneck caused by the project, in addition to the Science II construction, is slightly lifted. Parking Structure V technically opened at the end of spring 2018, but the first full year with its added parking spaces made finding a spot for your car significantly more tolerable.

Though still incomplete, Sac State is finally looking like a modern commuter campus.

So yes, Business Herky — and Herky in all of his forms — is absolutely part of what defines us as Sac State students in 2019. But at the end of the day, what we really should be proud of is our ability to persevere through the hurricane of campus turmoil on a daily basis.

We have continued to improve ourselves, pursue our education and juggle all of this on top of life’s other responsibilities. As we move into finals, and those coming back for next year, we need to stay determined to do more.