Survey questions how welcoming Sac State is to employees with disabilities 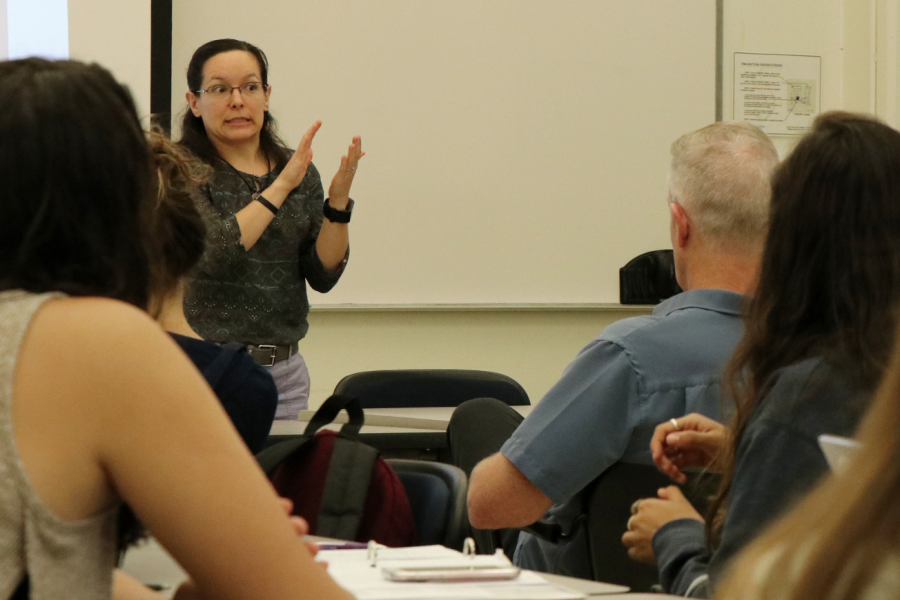 In the 2018 Campus Climate survey conducted by Sacramento State’s Office of Inclusive Excellence, six percent of its respondents said they have a disability.

The survey, which was sent to staff, faculty, and administrators, asked how welcoming Sac State is to those who have a disability.

Diana Tate Vermeire, executive director of the Office of Inclusive Excellence, said the results allow her office to figure out what they need to do to address the situation of those who feel unwelcome.

“If our campus community doesn’t have the skill set, what are we doing as an institution to be respected?” said Vermeire.

In response to the survey, there are plans of diversity training, but it is unclear when that will begin.

“Diversity training opens up so many avenues,” said Vermiere. “What are the options? What is it we think we need to be offering?”

Assistant professor and program coordinator of American Sign Language and deaf studies, Leah Zarchy, said, “When I was first hired, I attended the new faculty potluck hosted by President (Robert) Nelsen and his wife. I left not feeling respected.”

Zarchy dined with a fellow new faculty member and her spouse.

“(They) made many disparaging comments about deaf people,” said Zarchy. “They were shocked to learn that ASL is a language unrelated to English, or even that is, in fact a language.”

Although Zarchy is deaf, she is fluent in ASL.

“The spouse of the new faculty member actually said, ‘Well it’s so great they hired someone who can communicate,’” said Zarchy. “I suspect this was meant as a compliment but it’s not. It dismisses the fact that deaf people are capable of communicating.”

In the ASL and deaf studies department, Zarchy said she feels welcomed and respected.

“The dean often asks one deaf studies faculty member to give a short ASL lesson or lesson on how to be advocates and allies for deaf and hard of hearing colleagues at the start of college meetings,” said Zarchy.

“This is a way to make us visible and raise awareness about how to communicate with us effectively and respectfully with and without interpreters present.”

In some situations having a disability is not always apparent, but transparent. Sac State alumna and former Sac State employee, Maia Fernandez, worked two different jobs when they were attending Sac State for their undergraduate and graduate studies. Posten was dealing with depression and anxiety, and was later diagnosed with multiple sclerosis.

While working their first job on campus, Fernandez said they felt like they couldn’t disclose why they were calling out or what was wrong.

“It felt like I couldn’t let them know,” they said.

Fernandez said the writing center was the only place they felt comfortable expressing their disability.

“I was really lucky with the writing center.”

An earlier version of this article stated that Leah’s last name was Zachary, when in fact, it is Zarchy. The article also misidentified Leah as not being deaf and she is deaf.