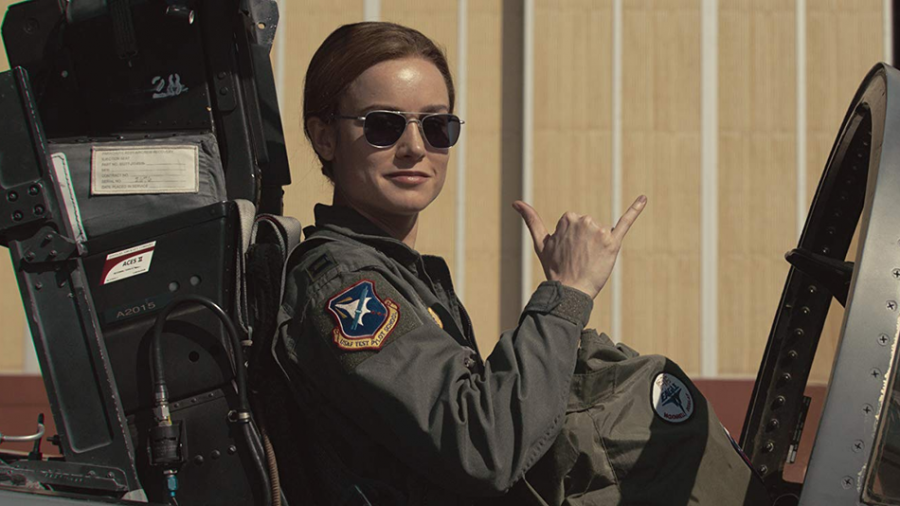 Eleven years into the Marvel Cinematic Universe and we get the introduction of an iconic Marvel character who can fly, fight aliens and has incredible superpowers. Carol Danvers had so much potential for a great origin story, but the MCU failed to stick the landing.

“Captain Marvel” falls short in a lot of things, but its biggest mistake is failing to do the first Marvel female superhero-led film justice.

“Captain Marvel” was first announced in 2014 in the phase three lineup of the Marvel Cinematic Universe by president of Marvel studios, Kevin Feige, slated for a July 2018 release.

It was then pushed back to a November 2018 release in favor of “Spider-Man: Homecoming” and then later pushed back again to March 2019 for “Ant-Man and the Wasp.” It’s safe to say that it’s been a long time coming.

It was announced at San Diego Comic-Con in 2016 that Brie Larson would be filling the role of  Marvel’s Carol Danvers, also known as Captain Marvel. Two and a half years later, she’s finally made her superhero debut on International Women’s Day.

It felt like this day would never come. Articles about difficulty in casting characters and solidifying both a director and writers for the film weren’t comforting to hear. It was fair to wonder how the movie would turn out.

Set in 1995, Danvers is an extraterrestrial Kree warrior who finds herself on Earth, obtaining memories of another life as a United States Air Force pilot. She pairs up with Nick Fury, played by Samuel L. Jackson, to figure out the secrets of her past all while figuring out her strength.

It’s an intergalactic origin story focused on empowerment and the self-discovery of a new hero. Momentum builds slowly in the beginning, but finds its footing in the second act. It’s never fun to say that someone has to keep pushing through a film to really enjoy it, especially one you wanted to be good so badly.

Danvers is wholeheartedly our hero, capturing her strength and fierceness in every sense of the word but can only do so much for a story that isn’t well written.

Like mentioned before, it takes a while to figure out what kind of movie it wants to be. Balancing buddy comedy, intergalactic wars, Danvers’ origin story and the nuance of what makes a Marvel superhero film all in one is hard to do.

It has action, it has Stan Lee, it has ‘90s jokes, it has a hilarious cat that may or may not be a cat and it has some of our favorite characters from not only the MCU, but from the Marvel comics, that finally come to life. The introduction of a young Monica Rambeau (Photon) shows promise for the rest of Captain Marvel’s arc. It’s more than entertaining for a classic Marvel fan.

That’s not to say I wasn’t cringing throughout the poorly filmed space scenes, and that I wasn’t questioning some shots that were meant to be aesthetically pleasing but overall, just weren’t.

Still, pairing up Jackson with Larson to compliment their characters’ respective wit and snark was the right choice. This dynamic duo consistently provided comic relief throughout a film that so desperately needs it. It’s also one of the best relationships I’ve seen portrayed in the MCU.

It’s refreshing to see our heroine kick ass using her strength and anger. It’s also really refreshing for Danvers to not have a male love interest. We should be past needing heterosexual representation in our heroines. In fact, one of the greatest loves in this film is between Danvers and her best friend.

Lashana Lynch, who plays Maria Rambeau, a U.S. Air Force pilot along with Danvers’ bestfriend, really shines in this film. They certainly got the female friendship and experience correct, often rescuing the film with her killer performance. In a cast with Jude Law, Annette Bening, Gemma Chan and Ben Mendelsohn, no one blew me away like Lynch did.

When she came on screen, she just took away the show. With Danvers, the two of them really reminded me of why “Captain Marvel” was very different from the other Marvel films. There’s one powerful scene towards the end of the movie that makes the whole movie worth it for me.

I may have cried.

It’s a similar feeling to what “Wonder Woman” made me feel when she dived in an active war battle. It reminds me of the fact that “Captain Marvel” was released 11 years after “Iron Man.” It makes me excited to see what else the strongest Avenger has in store.

While the film certainly had its hiccups, I have never laughed so hard before in any other Marvel movie. I loved watching the characters struggle with the old white and grey computers and hearing Nirvana and No Doubt play in some scenes. It’s worth seeing in theaters. I’m going to enjoy it even more in a second screening.

“Captain Marvel” also has two end-credit scenes that are essential to a certain “Avengers: Endgame” coming out on April 26.