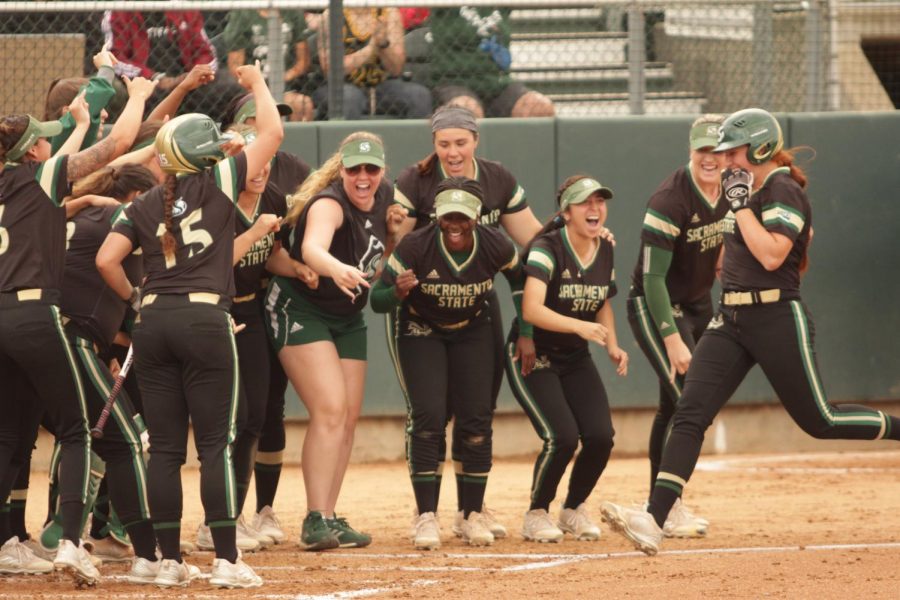 While women are nearly equally represented with men across administration, faculty and staff according to the 2018 Sacramento State Campus Climate Survey, the same cannot be said for women’s athletics.

Sac State has 19 athletic teams on campus, 11 of which are women’s teams. Of those 11, only two are led by female head coaches.

For far too long, men have coached women’s teams at Sac State without success, and the record speaks for itself.

Bunky Harkleroad has led the women’s basketball team at Sac State since 2013, but has had little tangible success. In the six seasons Harkleroad has been coaching, the team is 77-107.

Under Harkleroad’s leadership, the team hasn’t even come close to touching the NCAA Tournament. A female coach may not guarantee a winning basketball team, but it’s evident that it’s time for change.

In 2016, the gymnastics team named Randy Solorio as its head coach after Kim Hughes retired following a 34-year career. Solorio was his assistant for most of that time.

While Solorio certainly put in his time, the team benefitted from choosing Tanya Ho as its head coach.

Ho started as an assistant coach at Sac State in 2012, and just before the 2017 season, was named head coach at University of Alaska Anchorage’s gymnastics team, a struggling program at the time. In just her second year, the team hit scores they have never seen and Ho was named the Mountain Pacific Sports Federation Coach of the Year — an award Solorio has never won.

Team members who needed help with problems on and off the mat often went to Ho because they said it felt easier to talk to someone closer to their age. The team currently has assistant coaches Melissa Genovese and Nicole Meiller, who are younger than Solorio and have more recently gone through collegiate gymnastics.

This trend doesn’t just affect Sac State. It is rare to see a woman get a chance as a football coach or a men’s basketball coach, arguably the most popular collegiate sports in the country. When women do get that chance, they are held to a much higher standard than men and receive much more scrutiny.

Currently, Dartmouth is the only school with a full-time female assistant football coach, and they were written about nationally. If Sac State football found success with a female head coach, they would undoubtedly need to build a much bigger press box.

On a national level, inconsistency in pay or attention between men and women’s sports, for both players and coaches, is often associated with the popularity of one versus the other.

At least partially due to the fact that the WNBA doesn’t receive the same viewership as the NBA, players struggle to earn fair pay. The maximum WNBA salary is $113,500 while the minimum NBA salary is $838,464.

Tennis is the only popular professional sport in the U.S. that gives equal salaries across both men and women.

But in college, a place where everyone should be receiving the same opportunity to succeed, we should not act as a reflection of this national and professional trend. We should be allowing not just our players, but our coaches to nurture their skill sets and resumes, allowing them to grow, to the benefit of themselves as well as our university.

This is especially true for female coaches. If a woman head coach’s barriers to professional entry are already higher, shouldn’t Sac State, an institution that touts its inclusivity, give female head coaches a chance?

As a whole, Sac State needs to give female head coaches more of a chance, even if it means just starting with women’s sports. Being a woman involved in any form of athletics — both on a collegiate level or professionally — means overcoming hurdles purely on the basis of gender.

The most common path toward a career or lifestyle is seeing a role model succeed in that same field. Young girls and women will be more inclined to committing themselves to sports if they see themselves consistently reflected in the collegiate sports world.