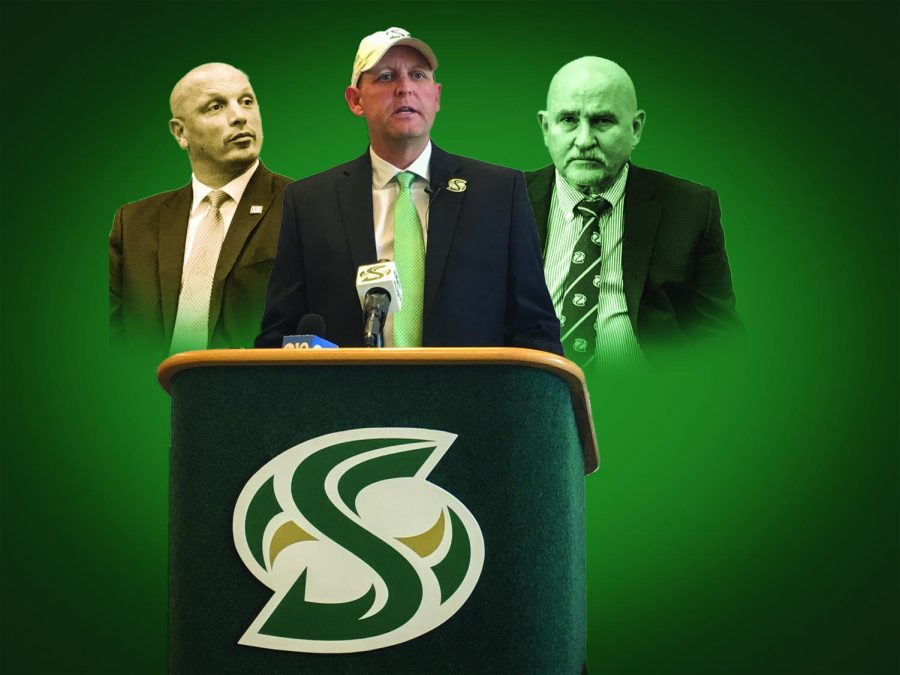 On Dec. 17, 2018, Taylor agreed to a seven-year deal worth $240,000 a season to become head coach at Sacramento State, according to the university’s assistant athletic director Brian Berger.

While the deal means he is the head man at Sac State, it also means he will be only making 46 percent of the $525,000 he made as offensive coordinator at University of Utah.

“I’ve always been pretty good at keeping my eye on the ball and not living in the future, living in the present,” Taylor said. “I wasn’t searching for anything, but when I was approached, the more excited I got and once that happened, as long as we could work out the details I was very excited to be here.”

According to Athletic Director Mark Orr, Taylor could make up to $100,000 in performance-based bonuses such as winning a national championship, being named Big Sky Conference coach of the year or academic success.

But for Taylor, he said that it is about being back home, and this isn’t the first time he has left a good job for less money or to return to the Sacramento area.

Taylor started locally as quarterback at Cordova High School before a collegiate career where he left University of California, Berkeley as the Golden Bears all-time leading passer. He then embarked on a two-year NFL career with the New York Jets before stepping into coaching.

Taylor was an assistant coach at Cal before he moved home to Folsom to start a family, taking a job as an assistant athletics director at Christian Brothers High School in Sacramento. He then coached at Folsom High School before going back to Cal as the radio color commentator.

In 2012, he decided he wanted to spend more time with his family and he moved back to Folsom to become co-head coach of Folsom High School’s football team with Kris Richardson.

He stayed in the area and coached at Folsom High School until he got offered the offensive coordinator position for a third of the money at Eastern Washington University in 2016. He said he had to talk his wife Tracey into selling their Folsom home to take that job.

“I talked her into selling our house here and moving up to Eastern Washington for a third of the pay, not many people would do that,” Taylor said.

After one season there, he got hired at Utah where he helped the Utes to a Pac-12 North Division title and a trip in the 2018 Holiday Bowl.

Taylor said that he came to Sac State because of the opportunities the program has to win. He said he would recruit locally at his introductory press conference and has done just that since.

The Hornets haven’t had a single player since at least 2011 who played high school football at local powerhouse Folsom. Now, Taylor has hired Richardson as his assistant coach and the team has landed commitments from offensive lineman Joe Wagner, and Sac Bee Defensive Player of the Year Tyler Hardeman.

At Sac State, Taylor is now the second highest paid coach behind men’s basketball head coach Brian Katz who made $286,143 in 2018, according to The Sacramento Bee.

Taylor will make 16.3 percent more than previous head football coach Jody Sears made in 2018 when the football team went 2-8.

“The initial response to his hiring has been tremendously positive from students, faculty, staff, donors, sponsors, season ticket holders, alumni, recruits, and members of our local community,” Orr said. “I anticipate the program having tremendous future success under his leadership as we begin this journey.”