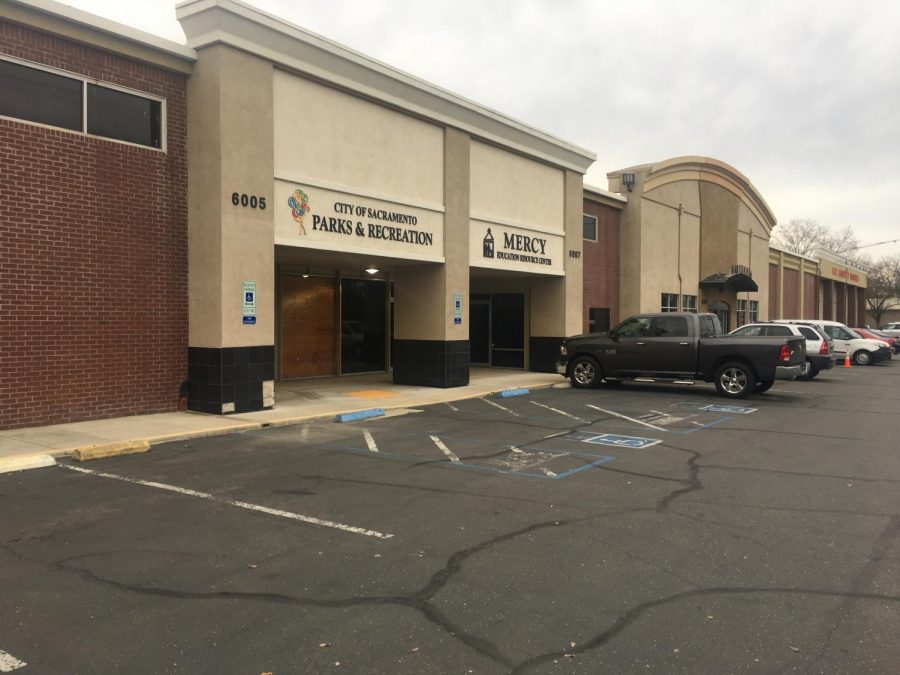 Sac State gymnastics will soon practice at this location on Folsom Blvd less than one mile from school. The gymnastics team currently practices in Elk Grove.

Sacramento State has bought a building on Folsom Blvd. for $4.5 million that will become the gymnastics team’s new training facility.

For the past seven years, the Hornets have practiced nearly 19 miles away at Elevate Gymnastics Academy in Elk Grove.

The team spent about 30 minutes each day driving to practice, and 45 minutes returning to campus due to traffic, according to head coach Randy Solorio.

The new facility could take roughly a year to open, according to Anita Fitzhugh, a Sac State public information officer.

When it opens, the team will be practicing less than a mile from campus.

“The nicest thing about the new facility will be the fact that we are able to save an hour a day on average due to the distance and traffic,” said Mariah York, a sophomore gymnast. “We can use that extra time then to study, rest, get extra treatment, etc.”

York said the team was often late to mandatory weight sessions at Sac State after practice on Tuesdays and Thursdays in the fall because of traffic coming back from Elk Grove.

“The opportunity arose to acquire a well-located building space which could be renovated to meet the needs as a gymnastics training facility,” Fitzhugh said about the school buying this facility.

The team’s new building, which is located at 6005 Folsom Blvd., cost $4.5 million and is being paid from University Enterprises, Inc. (UEI) reserves according to Fitzhugh.

“With the new gym being so close, we will only have to leave practice 15 minutes before class starts versus 45 minutes to an hour because of distance and rush hour traffic,” York said.

Solorio said the move will greatly improve his athletes’ schedules.

“The venue is within walking distance of the campus, better serving our athletes’ scheduling and academic demands,” Solorio said.

The only other athletic programs who have to practice away from the school are the men’s and women’s golf teams and the rowing team.