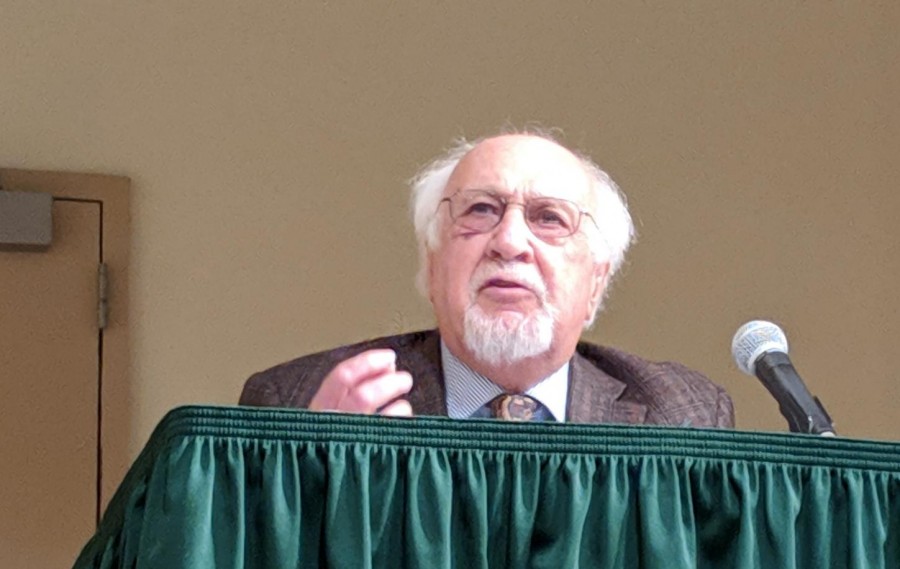 The former Iranian ambassador to the U.N. was critical of the current Iranian government at a panel hosted by Sacramento State’s Iranian and Middle Eastern Studies Center in the Hinde Auditorium Thursday.

Farhang served as the Islamic Republic of Iran’s first ambassador to the U.N. from 1979 to 1980, stepping down in protest during the Iran hostage crisis of 1979 in which 52 Americans were detained within the U.S. embassy in Tehran, Iran.

Since then Farhang has taught at several schools including Princeton University, Claremont Graduate School and even Sac State. He held a position as an advisor of Middle East Watch, a branch of Human Rights Watch.

“Coming to this campus for me is like coming home,” Farhang said at the start of his discussion, titled “The Islamic Republic’s Regional Ambitions: From Mythology to Reality.” In it, he overviewed the history of the Islamic Republic of Iran, the current Iranian government and its foreign policy throughout the years.

Farhang was critical in his discussion of the Islamic Republic of Iran, highlighting its many military conflicts and recorded human rights violations.

“For those of us who judge foreign policy of the country from a normative perspective, that is to say, its impact on the welfare, security and prestige of the nation, the record of the Islamic Republic is a tragic chapter in the modern history of Iran,” Farhang said.

Sick, who served on the National Security Council staff under U.S. Presidents Gerald Ford, Jimmy Carter and Ronald Reagan, and as the principal White House aide for Iran during the revolution and the hostage crisis, spoke next. The topic of his discussion was titled “America’s Undeclared War on Iran: A Dangerous Gamble.”

Sick overviewed the history of America’s diplomatic relationship with post-revolution Iran, starting with the hostage crisis, stating that footage shown on the nightly news of it “penetrated American psyche in a way nothing else really could” and that the crisis is partly responsible for today’s U.S.-Iran hostility.

Sick then analyzed President Donald Trump administration’s policy toward Iran, describing it as “parallel policies,” with Trump trying to put “pressure” on Iran to negotiate a deal he prefers despite the fact that Secretary of State Mike Pompeo and National Security Advisor John Bolton both vocally advocated for military intervention and regime change in Iran before taking office.

“I think there’s some very dangerous things going on,” Sick said of the situation. “What they’re really doing is laying the groundwork for some kind of overthrow.”

During the rest of his talk and also during a Q&A section, Sick expressed the belief that major change in Iran is inevitable, but that U.S. military intervention is not the way to go about it.

“I think the way [a revolution] should happen is with the… people of Iran,” Sick said. “I don’t know why it should be our job to decide the people of Iran need relief and why we should be the one to deliver it to them.”

While the subject was not brought up during his own talk, Farhang echoed this belief during the Q&A section.

At the end of the panel, Sick thanked the audience for attending.

“Thank you all for the lively conversation,” he smiled. “It says something about this location, I’m very pleased to be there.”