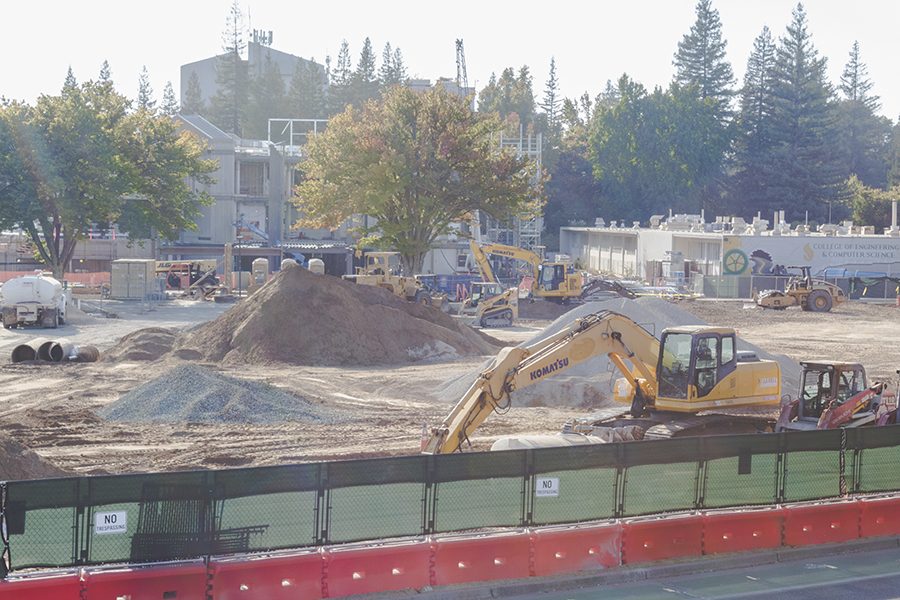 Construction began for what was then called Science II on Oct. 22, 2017. Now dubbed the Ernest E. Tschannen Science Complex, the site will feature a planetarium and brand-new science buildings.

It’s no secret that Sacramento State has been a full-time construction zone for as long as anyone can remember.

Physical change is a crucial aspect of developing as an institution. For a university founded almost 72 years ago, construction is not only a literal component of moving with the times, but it serves to propel the learning it was built to provide.

We’re happy that we can contribute to the establishment of campus developments that will benefit those who follow us, and we’re thankful for those who paid for things we do actually utilize: The WELL and Parking Structure V, to name a few.

But let’s be real, the last time Sac State didn’t have a major construction project underway way was mid-2017. It’s 2019. That’s two years — the amount of time about half of the student population is supposed to spend on campus.

At the time of publication, university officials predict its final construction project to end in 2021. But if you’ve spent literally any time at Sac State at all you’ll know that construction projects rarely seem to open on schedule — Parking Structure V was pushed back 7 months, the University Union still isn’t open and is scheduled to open before the fall 2019 semester.

Students have advocated for new buildings before, like the infamous events center, but have been told that they need to pay for it themselves through a tuition hike.

What Sac State needs is less construction and more renovation. There are countless programs that would be more than happy to take restoration funds.

It’s clear that Sac State is only interested in funding shiny science buildings with planetariums and sustainability award-winning parking structures instead of refurbishing science labs ridden with chemical spills or ensuring its programs receive accreditation.

Sac State needs affordable housing. It also needs family housing for its student parents, an underserved group that makes up roughly 10 percent of its population.

Or, maybe, as one student suggested, a churro stand. She makes a good point, as there are no just-dessert options on campus.

Or we could listen to what is the clear biggest missing component to campus a new events center, one fit for the sports currently cramped into the nest and the graduation ceremonies that instead have been (expensively) outsourced to Golden 1 Center.

Sac State is a vastly overpopulated university, and it’s not hard to find buildings that need renovations or groups that would benefit from extra funding.

So while we’re happy that future Hornets will be taking classes in science labs that won’t make them infertile, we desperately need to make the things we already have better.