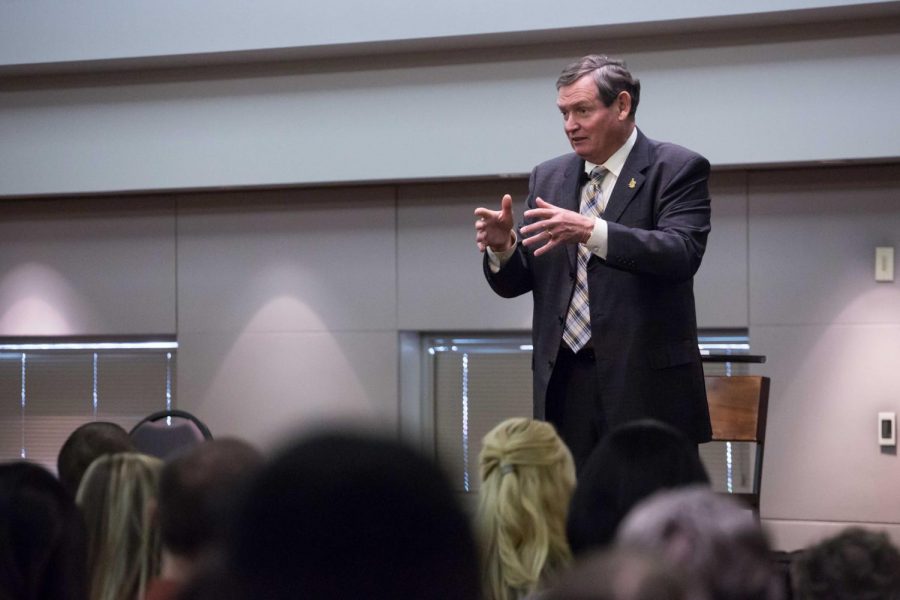 Chancellor Timothy White hosts an open panel with the Public at the Walter Pyramid on Thursday Jan. 21, 2016. White said that if the new governors budget proposal goes though there will not be a tuition increase for the CSU.

California State University Chancellor Timothy White announced there will not be a tuition increase after seeing Gov. Gavin Newsom’s 2019-20 budget proposal during the State of the CSU address January 22.

While tuition increases are off the table, other parts of the budget proposal are promising, said Michael Uhlenkamp, CSU spokesperson. A tuition increase is more of a last resort.

This is a sigh of relief for students.

“The increase would have made it difficult for me,” said Katherine Haven, a sophomore at Sac State. “Yesterday I made the decision to live at home in order to save money.”

Chivy Veasna, a senior at Sac State, said she’s extremely happy the tuition increase is not being considered.

“Especially for students that are parents and are working — one less thing to worry about,” Veasna said.

White said in his address that with this budget proposal the CSU will be able to accept more students and increase graduate programs, as well improve California’s economy.

Tanya Sirotina, a senior at Sac State in the Sacramento Semester program said she would have struggled if tuition had gone up.

“It’s already hard to balance working 20-plus hours a week and taking enough classes to be ‘through in two,’” said Sirotina.

Sirotina also said it’s interesting to consider the $15 million, one-time allocation that was set aside for students who struggle with affording food and housing.

“At this point, the most important financial aid reforms that we can be making, from a student perspective, are in the areas of basic needs and the real cost of attending school,” Sirotina said.

The funds will remove administrative barriers, Uhlenkamp said. Universities will be able to admit more students who are eligible, open more classes and hire more faculty.