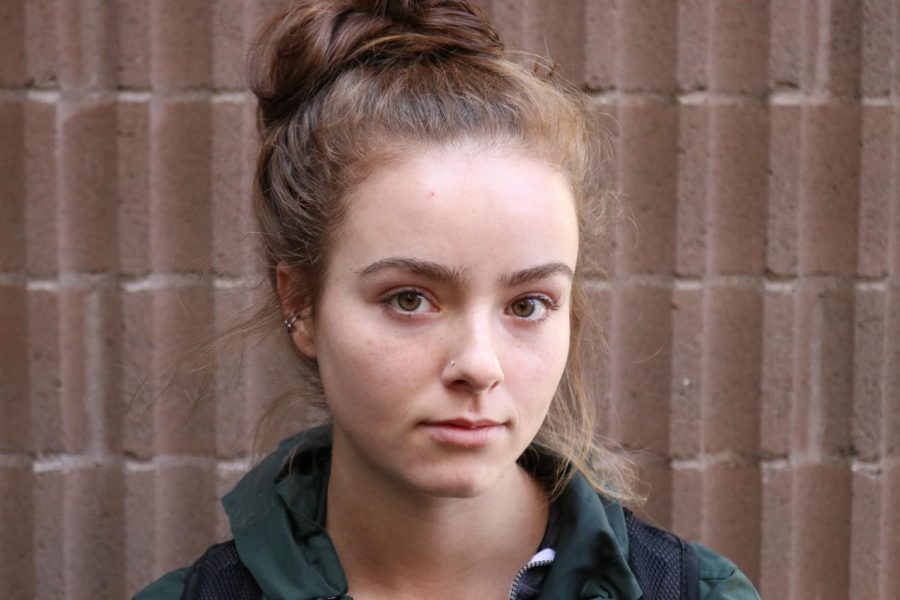 The home of Sac State junior outfielder Kayla Grubert, a Paradise native, was one of three left on her street following the Camp Fire in November.

Sacramento State junior outfielder Kayla Grubert was walking to class when she got a call from her brother telling her there was a fire back in her hometown of Paradise, California.

Her brother — who was on his way to class — turned back home, grabbed the family pets and evacuated the area, due to the Camp Fire. Grubert, who was getting texts from all her friends asking if her family was OK, asked her parents if they had heard of the fire going on.

Her parents said yes, and Grubert went to their home.

“It really worried me, because all the roads were closed so I had no idea how they were going to get there,” Grubert said. “The next thing I hear is that they got home, then I didn’t hear from them for hours. I didn’t know if they were OK or if they got trapped. I had no idea if they were safe or not for hours. During this whole time, I was still at school and it was really stressful.”

Hours went by, and Grubert still didn’t hear back from her family, which stressed her out even more.

“I didn’t know if they were safe,” Grubert said. “Those type of things are so unpredictable, especially the rate the fire spread. It’s nice to say, ‘Oh yeah my family is fine,’ but I literally had no idea.

“There are videos of people literally driving through fire to get to safety, people stuck in traffic, car accidents and people’s tires popping from the heat on the road. So I didn’t know if my family was in that group or not.”

From the time Grubert first received the call from her brother at 9 a.m., she waited until 5 p.m., eight hours later, to finally receive word that her family was safe at Grubert’s grandma’s house in Chico, which Grubert said was relieving.

Grubert, who had lived in Paradise since she was 7 years old, moved to Sacramento when she was 18 years old to play softball at American River College.

Shockingly to Grubert, her house was still standing following the fire. Her house, along with the houses next to and behind her house, were the only house left standing.

“I truly have no idea [how my house is still standing,]” Grubert said. “My entire street got completely burned down. Behind my house, there is a huge forest, so I don’t know how that didn’t light up and burn my house down. It is out of the world.”

Grubert said her house, while still standing, is not safe to live in anymore due to the toxic air from the smoke getting inside her home.

“It’s kinda bad to say, but based on the damages from the house, it probably would’ve been better if my house would’ve burned down insurance-wise,” Grubert said.

Grubert, who went to Paradise High School, said the hardest thing to think about is the things people will never get back.

“Since it is such a small town, we all know each other,” Grubert said. “My whole childhood is lost. All of my best friend’s houses, middle school and high school are all gone. All of my friends pretty much lost everything they have. Some even lost their animals, which is super heartbreaking.”

Sac State coach Lori Perez, who is from Petaluma, California, said the Camp Fire reminded her a lot of the Tubbs Fire, which was close to her home and helped her relate more to Grubert’s situation.

“I had friends lose their homes as well, so instinctually it was the same feeling from last year of ‘OK, what can we do to help?,’ ” Perez said. “Initially, the day of, I met with Kayla and told her to keep me posted. To Kayla’s credit, she went to conditioning that day and continued her day.”

Grubert, whose family is staying in Chico with Grubert’s grandma while her family looks for a new home, said the past few weeks were emotional for her, but she is thankful for her softball team checking in on her.

“Everybody has been super supportive,” Grubert said. “Everyone asks me how I am doing and trying as best as they can to give me every resource they possibly can to get me through it.

“I truly don’t know [what’s next.] My family finds a place to live and hopefully insurance can help.”