One candidate, a Sac State alum, makes the most sense 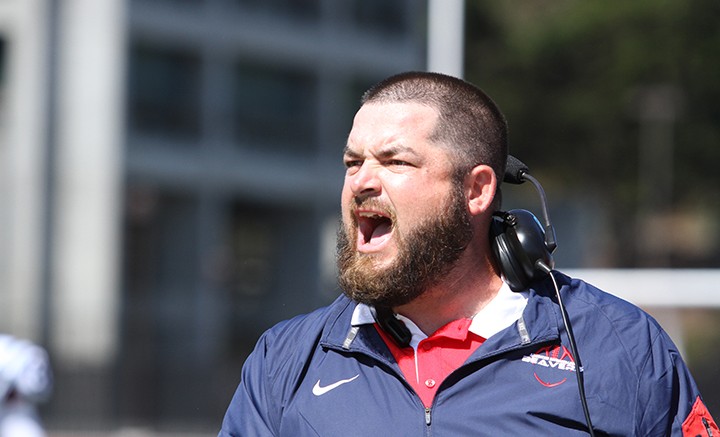 It was the right decision to move on from former Sacramento State football head coach Jody Sears. But more important than moving on is moving forward, and Sac State needs to hire someone with local ties to replace Sears.

Sacramento has a wealth of high school talent all around it. Some decide to come to Sac State, and some don’t. It would be pretty hard to talk Folsom wide receiver Joe Ngata out of his commitment to Clemson, but when a top guy like defensive tackle PJ Johnson from Burbank here in Sacramento comes here out of high school, the team should do whatever it takes to keep him.

Johnson has proved he is an elite talent and he has his sights on the NFL. Johnson was at Sac State to begin his collegiate career, but due to differences with coaches, he transferred. Now, he is at the University of Arizona, a Pac-12 school where he has three sacks.

The team also lost linebacker Tyree Thompson, who now starts at UCLA, and defensive back Joey Banks, who now starts at the University of Buffalo. Banks had 40 tackles and an interception for a team that will be playing in the Dollar General Bowl later this month.

Recruiting to Sac State isn’t easy because the Hornets aren’t in the Football Bowl Subdivision of Division 1, but if athletic director Mark Orr can bring in a coaching staff that can find the diamonds in Sacramento that have a lot of growing to do, then the Hornets could develop those guys.

Defensive lineman George Obinna is a perfect example; he had played just one year of football before Sac State, and after being trained and built up, he had 8.5 sacks his junior year.

There are some rumored candidates for the position, and all expectations are that a new hire will be confirmed before 2019. But one seems to make the most sense out of the gate, and many online commenters agree.

The master of turning non-heralded recruits into guys with a ton of college offers seems to be American River College head coach Jon Osterhout. At ARC, he has sent players to UCLA, University of Minnesota, Kansas State University, University of Louisville and in 2018, he developed defensive lineman Caleb Tremblay into the No. 1 junior college player in California. Tremblay is now at the University of Southern California.

Osterhout was an All-American offensive lineman at Sac State in the late 90s and signed as an undrafted free agent with the Washington Redskins before embarking on a coaching career. He made stops at Sac State and the University of Nebraska before moving to the junior college ranks.

Sac State will never be able to compete with the nation’s elite programs when it comes to recruiting, but with Osterhout, they would have an edge because it’s proven that when you bring him a guy with raw talent who just needs some coaching, he has the patience and the skill to get the most out of their talent, while still being young for a coach and qualified to make the leap to university football.

So, as Sac State moves on from the Sears era, it’s time to look forward to a new era of Hornet football, one that includes Osterhout as the head coach.