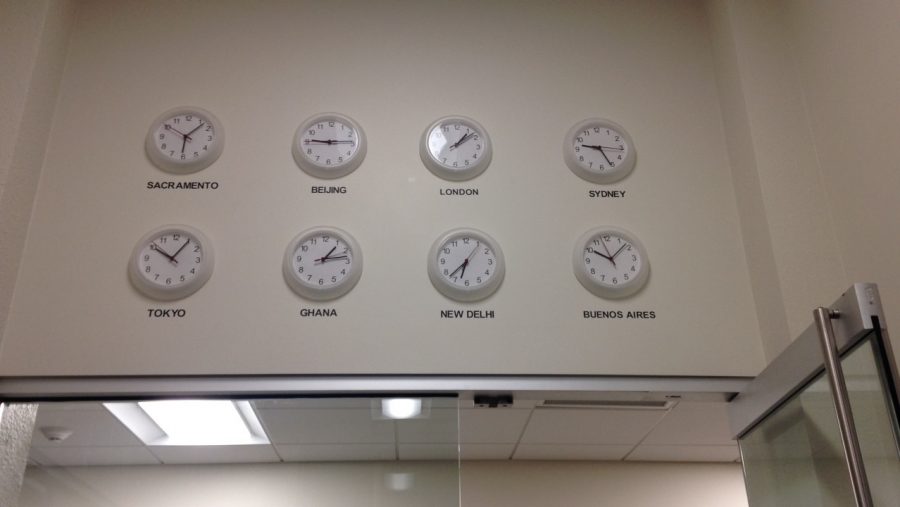 UPDATE: Sacramento State’s campus was closed on Tuesday due to poor air quality, all campus events were canceled as a result.

Sac State’s International Programs and Global Engagement team will host various events each day in either the Global Student Lounge or the library’s 1001 classroom, according to the event page. The events will begin on Tuesday with World Languages Day at 10 a.m. in the Global Lounge.

International Education Week is a nationwide movement at universities that try to hold events the same week, according to Caroline Peretti, an international admissions specialist for Sac State’s International Programs and Global Engagement, IPGE.

Karla Piacentini, coordinator of international admissions for IPGE, is a former Peace Corps volunteer. Piacentini said she is bicultural, bilingual and proud of her Mexican and Italian-American heritage.

“Sacramento in itself is a very multicultural, multiethnic, multilingual community, and I think we’re really fortunate to have that,” Piacentini said.

“I think it’s important because we each have our own story to tell,” Piacentini said. “Whether it’s personal or whether it is cultural, these are things that are deeply ingrained in us. I think they make us overall more empathetic and understanding people.”

The World Languages Day is a favorite of Sac State students, according to Peretti. Peretti said she is especially excited about the International Fashion Show Thursday.

The models, mostly international students, will present traditional dresses from their cultures and countries of origin, Peretti said.

Ankita Karir, an international student at Sac State, said she will model traditional Indian attire in the fashion show. Originally from Chandigarh, India, Karir said she is the vice president of the new International Friends Association at Sac State, where she studies business management and marketing.

Karir said she has heard from other international students that they miss home, but that she did not experience much homesickness.

Karir works at the front desk of the IPGE office as a student employee.

The panel is part of Piacentini’s “Cup of Culture” series, held at 1 p.m. every Wednesday for students, faculty and campus community members to share relaxed presentations on aspects of their cultures over coffee, tea and cookies.

Friday’s events include a Peace Corps information session and panel and an international potluck where students share customary dishes of their culture’s heritage. Piacentini said she will be among the panelists sharing her experience.

Peretti said this year’s International Education Week is IPGE’s most ambitious so far because they finally have enough staff to attempt more programming like the evening international films screenings, the fashion show and the potluck.

“Being a part of this office, I feel really happy to be part of a community where this is something that’s really celebrated,” Piacentini said. “Especially with kind of the political environment that we live in, I think it’s important to keep promoting internationalization and the importance of cultural diversity and inclusion, just overall.”