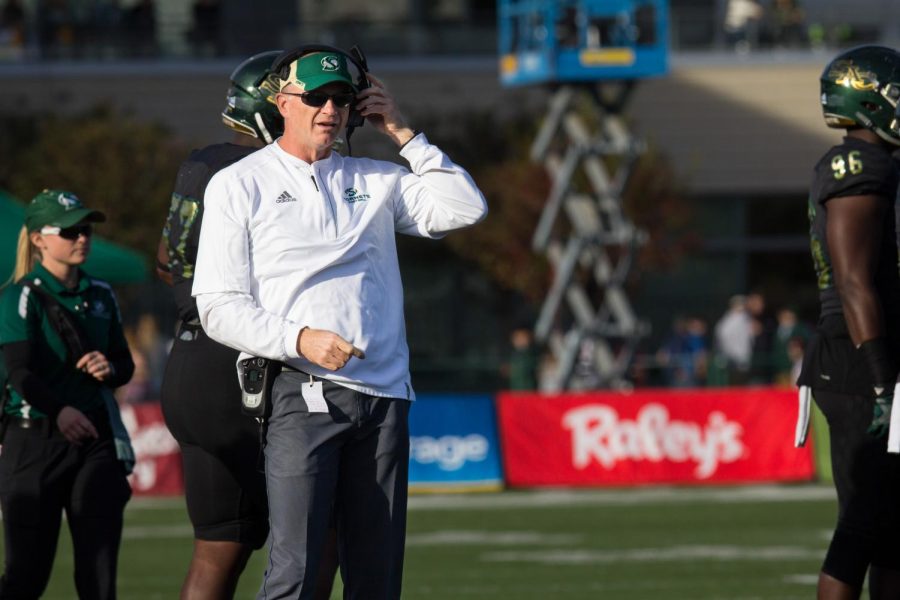 Sacramento State announced Monday that head football coach Jody Sears has been fired after finishing with a 2-8 record in his fifth year with the Hornets.

Sears signed a multiyear contract extension following a 2017 season that saw the Hornets go 7-4. The extension lasted through 2019, according to Mark Orr, Sac State’s athletic director.

Orr said that since the announcement made on Monday night, several “qualified” coaches from across the country have inquired about the opening. He said that he wants to hire someone soon, with early national signing day happening Dec. 19.

“We won’t settle until we find the right person,” Orr said. “I anticipate a very competitive national search.”

The Hornets came into the 2018 season with high expectations and an experienced team full of returning upperclassmen. After starting 2-1 — the loss being to San Diego State — the Hornets lost their final seven games of the season.

Sears, who will be paid through the end of next year, finished his five years as head coach with a 20-35 record.