Women’s golf has slow opening to season despite returning starters 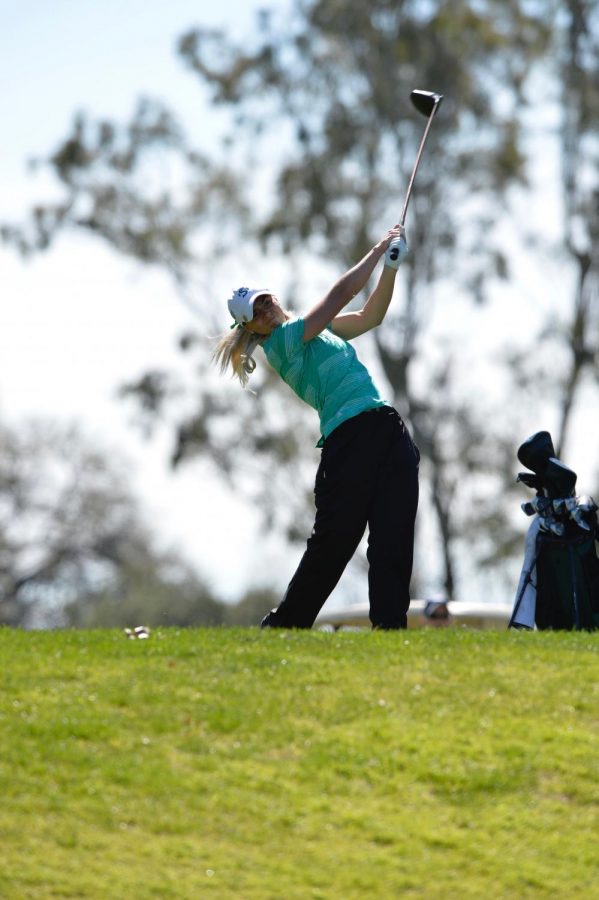 Sac State junior golfer Sofie Babic is one of four returning starters from last season's team. The Hornets didn't finish in the top 10 in either of their first two tournaments in September.

The Sacramento State women’s golf team has yet to repeat last year’s success even with four of its five starters returning.

The Hornets placed 12th as a team at the Golfweek Conference Challenge in Wolcott, Colorado which was held Sept. 24-25.

Junior Sofie Babic’s individual performance at the challenge in Colorado, however, won her Co-Women’s Big Sky Conference Golfer of the Week. Babic shot a 73 which put her 1-over par for the course, and she tied for 13th individually.

Junior Nishtha Madan said that participating in these difficult tournaments will help them in the long run to gain experience.

“[It’s] really great we started off with Michigan,” Madan said. “Our season this year has a much better schedule. It’s a very important step that our program has taken.”

Madan, who set the school’s all-time low score for a single round by shooting 67 last year, is coming off a summer of rest due to a wrist injury.

It’s an “overuse injury,” Madan said. Madan is also starting her season with the absence of her sister Astha Madan, who had a big impact on Sac State’s golfing program.

“It’s a bit strange, takes some getting used to,” Madan said. “We won four tournaments last year. I think the rest of us, we’re all ready to have that streak going.”

Becker, Babic, Madan and Viden are the team’s returning starters.

New to the team is Miki Manta, a freshman from Honolulu, Hawaii who is adjusting to playing at the collegiate level.

“It’s much more competitive here in Sacramento,” Manta said. “It feels great for sure. I know I’ll have a great golf career here if I take [coach David Sutherland’s] experience and apply it to my own game.”

“This year we’re playing much harder tournaments,” Babic said. “The competition is going to be harder, and we lost a really good player. [Manta] is a good golfer, but it’s always hard to step in as a freshmen. We haven’t had our tournament yet. I believe in us.”