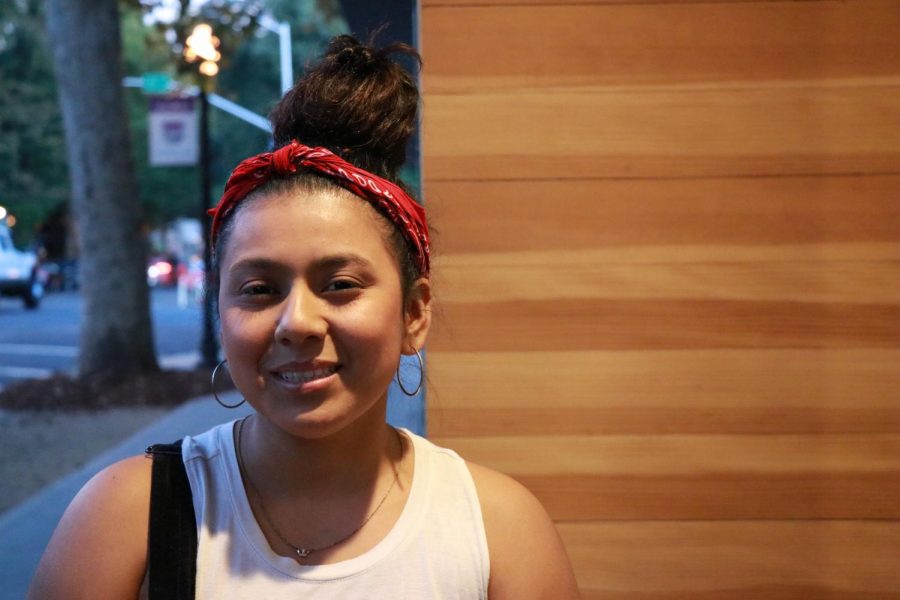 Ruby Pineda is a fourth-year Sac State student, president of the university chapter of The American Association of University Women, and a survivor of sexual assault.

Ruby Pineda, 21, is a fourth year Sacramento State student studying political science and journalism and is the president for the Sac State chapter of the American Association of University Women.

AAUW tabled at the resource fair of Take Back the Night to give attendees information on what their club stands for.

Although AAUW was attending the event to provide resources to the community, Pineda also attended as a survivor of sexual assault and shared her story.

She was drinking with a man at the party, and they decided to leave. They started to get intimate but she realized she was too under the influence to consent.

She ran out of the car and called a friend to pick her up. It took her about five months to speak up about her incident.

“I was actually at Sac State and I saw information about sexual assault and at that moment, when I read a flyer I remember thinking, ‘This happened to me,’ ” Pineda said. She focused on her personal healing before speaking up about it.

“I just felt like when I finally said it out loud to someone, I felt so relieved,” she said.

Now Pineda takes her story and uses it to empower women and advocate, especially for sexual assault survivors.

“I continued to stand up and fight for survivors, because I know what it’s like to go through it and I also would love to be a part of a community and resources that does support women,” Pineda said.