How do you get the info you need and then get to business without being awkward? 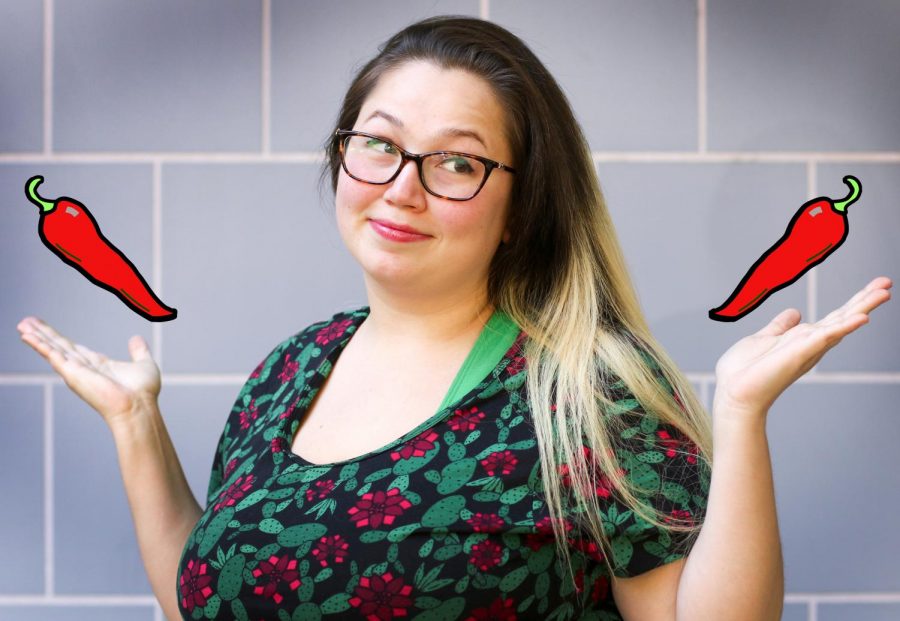 Photo and illustrations by Emily Rabasto - The State Hornet

Reader be advised: Sierra’s Spicy Takes is, as the kids might say, NSFW. Read at your own discretion.

Welcome back to “Sierra’s Spicy Takes” where this week, we’ll be tackling just a few ins and outs of Tinder. Tinder is arguably the most popular “dating” app in 2018, followed closely by Bumble. However, I would argue that Tinder is less of a dating app and more of a hookup app, where if you happen to actually like the person, you might date afterwards.

I met a guy whom we will call Kyle on Tinder. We didn’t talk much before he came over. To be blunt (excuse the pun), this was purely a smoke out with a possible (probable) hookup to follow. We talked briefly to make sure he wasn’t a murderer, but we both knew he was coming over to smoke me out and to fool around. I was as excited as anyone can be for a random hookup knowing the risks involved. I met Kyle at the front of my apartment complex, hopped into his car and showed him where to park.

It was when we got out of the car that it was clear that he was short. For reference, I’m 5-foot 3-inches tall, and he wasn’t even an inch taller than I was. Which isn’t an issue, it’s just his profile hid it very well, which was red flag number one.

We came inside and just went straight to my room because I didn’t want to bother my roommates with a random guy. He pulled out his weed vape pen thing and showed me how to use it. I took what felt like a sizable hit but never really got high, which was red flag number two.

Kyle ended up being one of the most boring people I have ever met. Ever. I let him choose what to watch on Netflix, half as a test, and half because I didn’t want to choose. He chose Parks and Recreation, which is one of my favorite shows, but a basic choice and is unimpressive. He only scored 50 percent on my secret test, which was red flag number three.

He started us on season four, episode nine of Parks and Recreation, “The Trial of Leslie Knope.” Definitely an odd choice of episode. We watched the entire 21-minute episode, the next episode and half of the next one before things started to heat up.

We were laying in my bed and I was tired of waiting, so I shifted myself backwards hoping it would encourage him to do more than watch Leslie Knope revolutionize Pawnee, Indiana.

It worked because a little booty grind is a clear sign that most men can pick up on. It’s one of the oldest tricks in the book and even if you’re not confident, is almost a sure-fire way to communicate without actually having to talk that you’re ready for things to happen.

He was OK but again, really boring and basic. Nice lips but no cool or exciting kissing moves. Kyle was a good-looking boy who simply just did not know how to use the body that he was given.

It was such boring sex that I had time to pay attention to my surroundings and I realized that while I was having sex, one of the most iconic Parks and Recreation scenes was happening in the background. Gloria Estefan was singing her hit song “Get on Your Feet” while the Knope campaign crew was slipping and falling in an ice rink.

Q: “I hate small talk. Absolutely hate it. And on Tinder I feel like it’s either jump straight to let’s fuck, or get stuck in an endless loop of small talk that makes you want to end the conversation altogether. How do you go about steering Tinder convos in a way that shows you want to hook up, but also at least gives you some information about the person so you don’t end up with some gross guy at your door?”

A: This is a great question and one that even I still ponder.

I personally use my bio as a means to communicate that i’m on Tinder for a specific reason. I use it as a hook-up app as well as a means of people watching and/or judging. My bio reflects that by being pretty upfront about being kinky as well as using a few suggestive emojis.

I also flat out tell people that they should come smoke me out and then make out with me. What can I say, I know what I want. It’s a very forward approach that makes some of the awkward conversations at the beginning less awkward, because we both know that at the end of the day, we’re both there for one thing.

If that approach is too forward for you, Tired of Tinder, then I would suggest getting to know a person for as long as you feel comfortable and then taking the shift in tone into your own hands. Even asking something as simple as, “What are you on Tinder for?” can tend to get the conversation heading into a sexier direction.

Unfortunately, at the end of the day, you still might end up with someone gross at your door because this is online and it’s a lot easier to fake it there than it is in real life. Read last week’s column about how a highly educated, good-looking man essentially had a break down on my couch.

Hopefully you’ve done enough screening beforehand that you’ve managed to avoid the worst of it. Worst comes to worst, you kick him out if you ever feel uncomfortable and you’ve got a good story to tell later.

Q: “What goes into the decision making of a swipe right or swipe left. Is it a clever profile, is it ‘he doesn’t seem like an ax murderer,’ is it ‘Damn, that’s hot and no matter if he is bat shit crazy or not, I’d totally hit dat!’”

A: It really depends on the day.

I look back at my earliest matches on Tinder and they’re all gross. I had much lower self-esteem and would swipe right on anyone that I thought I remotely might’ve had a chance with. My standards now are much higher.

As previously noted, my bio is more forward than others and it garners a lot of attention, both good and bad. This, and a higher self-esteem, make me feel like I should only be swiping right on people I’m actually interested in seeing.

I’ll detail below my favorite and least favorite things to see in a profile. 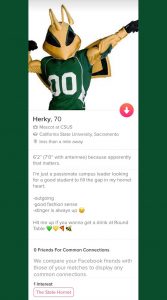 Profile Pictures:
These are the number one thing to really nail on Tinder! Realistically, most people don’t even bother with reading bios so you want to make sure that you put your best face forward. The speed with which people swipe is fierce which means that you need to have a wow factor.

– only show your pet

– be shirtless
Name, Age:
Everyone has a name so this one isn’t really optional. However, an age can really make or break your profile. Personally, if you don’t have one listed, it’s an automatic red flag.

– use your real name

– use your real age

– use a couples profile
Job:
Having a job listed shows that you don’t just sit around and smoke weed all day. It also shows that you can afford to at least go dutch.

– list a fake job
Education:
Education shows that you have some sort of ambition or at least you likely have some financial aid money.

– list a fake school (made up or one you don’t attend)
Bio:
Your bio is your second most important feature on your profile. It shows your personality and sense of humor in a different way than your pictures can. It’s also a great way to get a lot about yourself in a short amount of space.

This is also a space where you can be upfront about what you’re looking for without looking trashy. I see you almost naked people.

– check your grammar and spelling

– mention something that can be a conversation starter

Along a similar thread, having your Instagram connected can be a powerful asset.

– have a unique anthem

– connect your IG if it’s just not interesting

– have bad taste in music
Interests:
Let’s be real — most of us have way too many dumb interests liked on Facebook. However, interests only show to your potential suitors if you have them in common so there’s really nothing to lose.

– worry, these aren’t the end of the world

Don’t forget to submit your questions here or below and come back next week to read more Spicy Takes with Sierra!