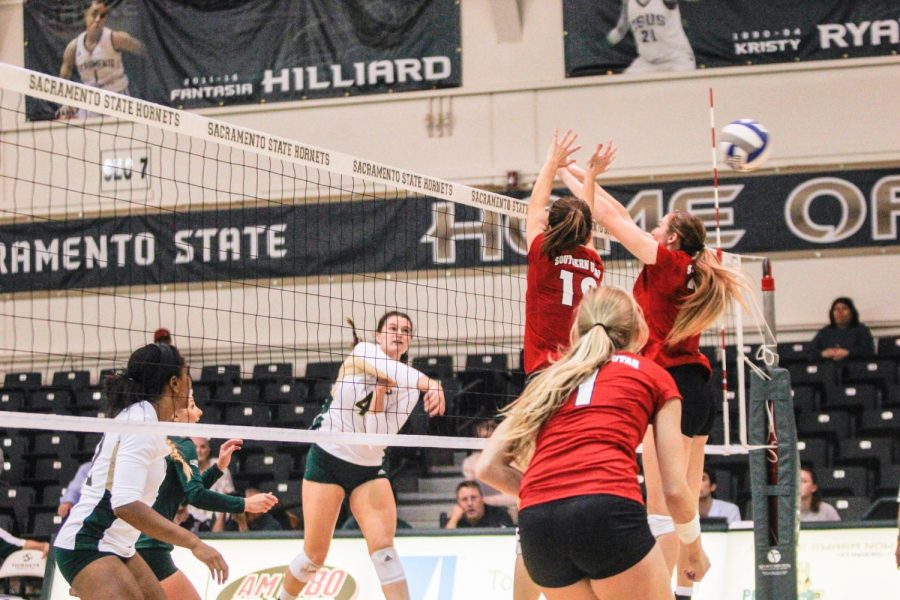 While eating at Chili’s before their game against Sacramento State on Thursday, the van that belongs to Southern Utah University’s volleyball team was broken in to, according to Hornet Athletics.

The game was originally supposed to start at 7 p.m. but was pushed back until 8 p.m. while the Thunderbirds waited for police to arrive so that they could file a police report, according to Hornet Athletics.

“Southern Utah had their vans broken into while they ate dinner tonight at Chili’s, and a lot of items were stolen,” Hornet Athletics said.