Victim released by paramedics at scene 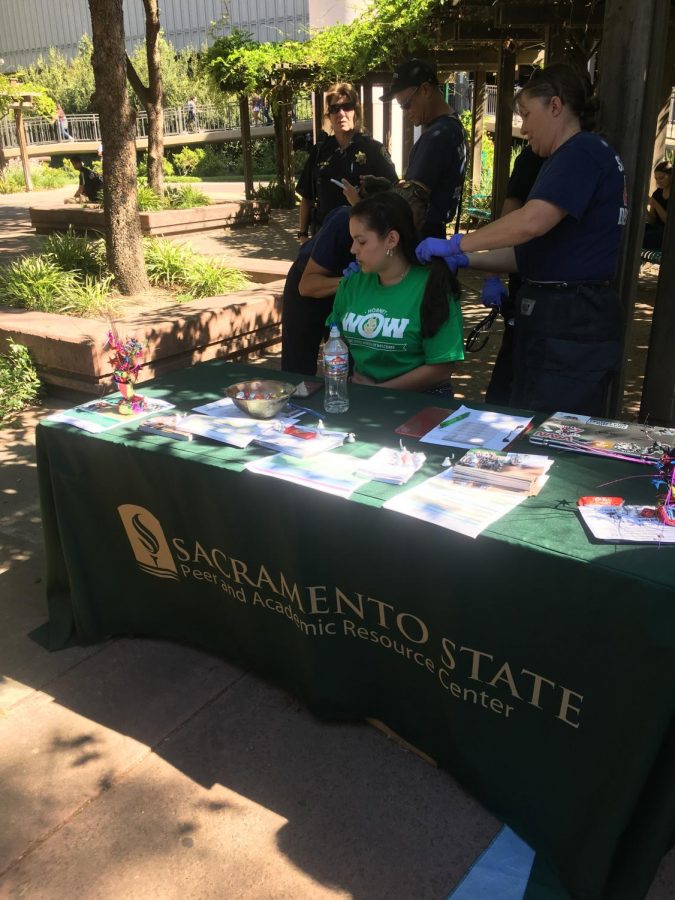 The victim being treated by paramedics.

A large tree branch fell on a woman today in front of the library at Sacramento State while student organizations were tabling during Weeks of Welcome.


According to campus police, a call came in just before 3 p.m. reporting the incident, which occurred in the quad near the fountain.

The victim was checked out and released by paramedics at the scene, said Sac State Police Department Sgt. Jeffrey Reinl.

After the victim was treated, she made a phone call where she was overheard saying that she wanted to sue Sac State.

Police would not release the name of the victim and did not know if the woman was a student.

The victim also declined to comment on the incident or give her name to The State Hornet.