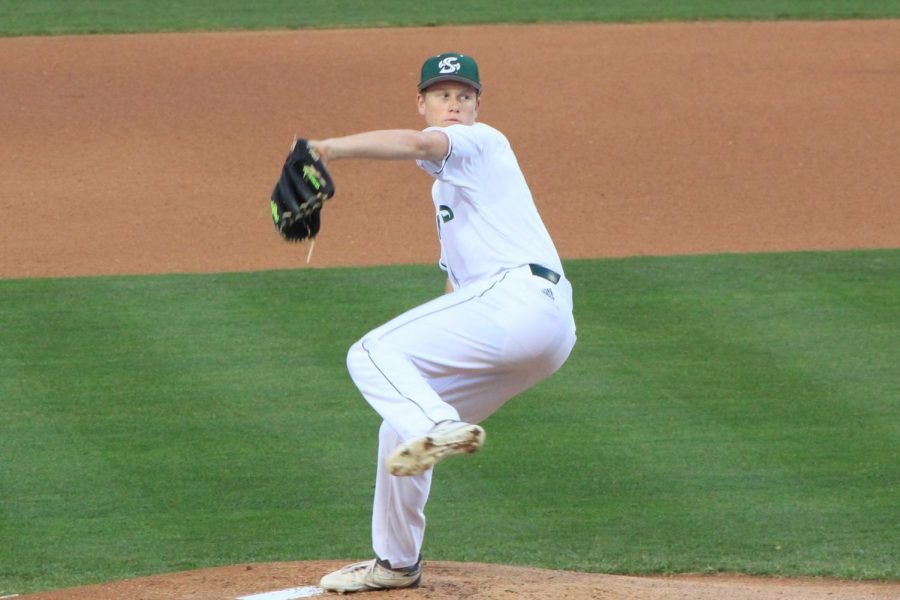 For the second year in a row, a baseball player has won ‘Best male athlete’ after Sacramento State sophomore pitcher Parker Brahms won the award in The State Hornet’s second annual Best of Sac State poll.

Brahms, who follows former Sac State pitcher Justin Dillon in receiving the award, has a 4-3 record with a 2.12 ERA in just under 73 innings of work with 95 strikeouts this season.

“It’s definitely an honor,” Brahms said. “There are a lot of great athletes here at Sac State, so it is humbling to (win) it.”

Brahms is coming off winning Western Athletic Conference Freshman of the Year along with being an all-WAC first-team selection. Brahms went 8-4 with a 3.13 ERA in just under 98 innings with 63 strikeouts last season.

“Working on off-speed command was my main goal (going into) this year,” Brahms said. “It definitely has been showing with my change up being a little better this year from last season.”

RELATED: Baseball team takes 2 out of 3 games against Northern Colorado

Sac State coach Reggie Christiansen said he thinks Brahms has done a lot of things the same from last year to this season, but has seen change in his strength.

“You see that a lot of times in college baseball with freshmen coming back as sophomores and being more physical,” Christiansen said. “I think (Brahms’) fastball velocity has been a little better and has been great for us the last two years.

“He’s consistent on his approach to the game, his work ethic has been outstanding and he is a pleasure to coach, there’s no doubt about that.”