OPINION: Don’t be fooled by homophobic hypocrisy at Sac State 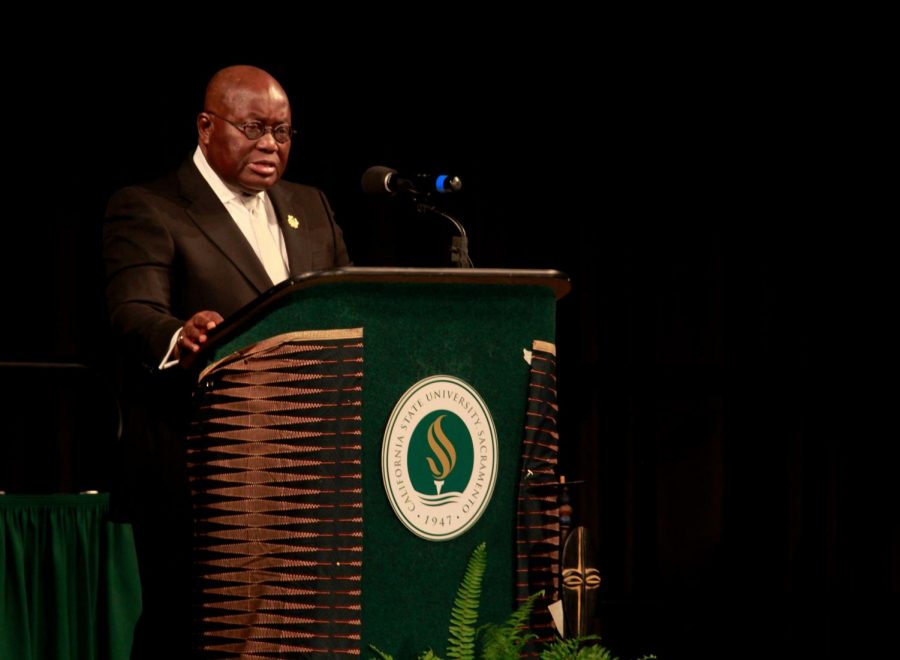 Maybe the Westboro Baptist Church members protesting the LGBTQ community on campus today think that they will be welcomed to Sacramento State with a banquet and an award.

Such an assumption wouldn’t be that far of a leap for them to make; the church announced its decision to come here less than one week after our school threw a dinner for and awarded a man who leads a government that arrests gay and trans people for being who we are.

And now with yet another high and mighty email, President Robert Nelsen wants to play the good guy protecting the LGBTQ community.

If the Sac State administration really cared about LGBTQ students as anything other than a pawn to use to feel good about itself, maybe it would not have awarded a man whose government allows roving bands of community members and police to burn a woman they suspected of being a lesbian.

If the Sac State administration really cared about LGBTQ students as anything other than a poster child for its own liberalism, maybe it would not have awarded the leader of a government that turns a blind eye to people being murdered in cold blood or forced into hiding because of who they love.

If those involved with the PRIDE Center had respect for themselves and their mission, maybe the center would not have issued issued a “no comment” in response to the news that Ghanian President Nana Akufo-Addo would be the University’s guest of honor.

It’s easy to challenge the Westboro Baptist Church, whose protests of military funerals have galvanized many Americans of all backgrounds to oppose them over the years. It’s harder to stand up to the people who write your paycheck.

But a little courage, self-respect and a real commitment to your students, faculty, staff, associates, family and friends who are LGBTQ — or yourself, if you are — demanded it.

Yet many who could have raised their voices against honoring Akufo-Addo quite simply failed to do so and hope you’ll forget about it.

Now, obviously, the members of Westboro Baptist Church have the same First Amendment right to visit Sac State and express their opinions, no matter how heinous, as any other American.

But to use this opportunity to complain and pose as a champion of LGBTQ students less than two weeks after giving an award to and praising a man who oppresses gay people is cynical at best and the most deceitful kind of homophobic hypocrisy at worst.

It is hypocritical to treat the civil rights of LGBTQ people as less worthy than those of heterosexuals one week and pretend to be an ally less than two weeks later.

It is hypocritical to use us as a poster child for your acceptance, progressivism and “woke”-ness so soon after deciding that our basic human right to make love without being imprisoned is simply not important enough to stop you from awarding Akufo-Addo.

So, by all means, bash the Westboro Baptist Church. It has been criticized for its heinous message in the past and probably will be in the future.

But when setting the plates and utensils for the next gala campus dinner, remember that more homophobes may come to our campus than the one you’re honoring.