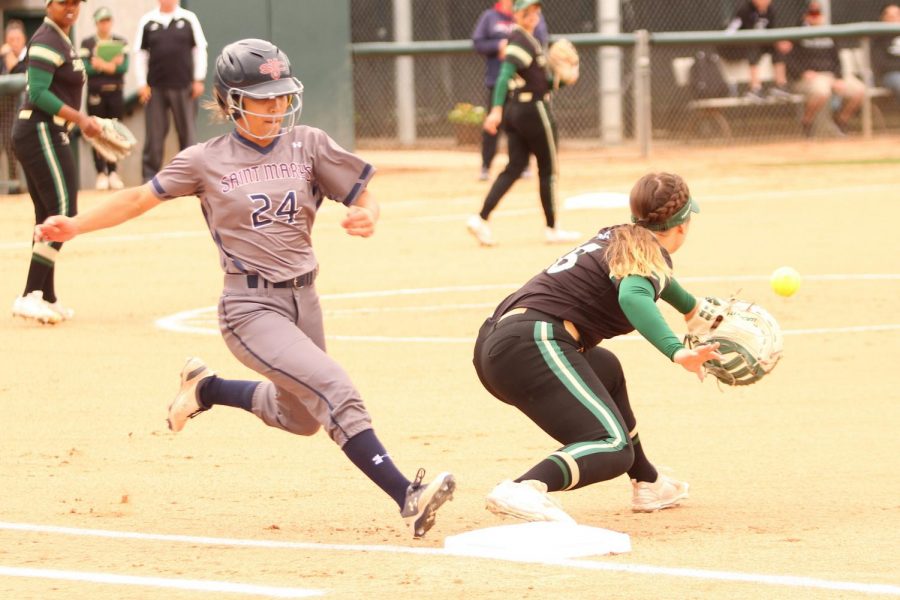 The Sacramento State softball team was swept in its doubleheader against Saint Mary’s College on Wednesday at Shea Stadium.

The Hornets (22-15, 7-5 Big Sky Conference) — which fell to the Gaels (13-27, 1-5 West Coast Conference) 3-2 during the Lobo Classic Tournament earlier this season on March 10 — lost game one of the doubleheader 1-0 after sophomore second baseman Nikki Alexander hit a go-ahead RBI double with two outs in the seventh inning.

The Hornets, which combined for five hits, had their chances throughout game one at the end to tie and win.

This led to sophomore Suzy Brookshire to be forced out at first base after she failed to tag to end the inning.

Junior outfielder Sydnee Strong went 2-for-3, while Alas and sophomore catchers Kaitlyn Rubio and Jessica Scott each had a hit.

Matthias, who came in for Corr in relief, threw two thirds of an inning and struck out one batter.

“Coming off the first game, I was just thinking ‘OK, well our offense is struggling, so I really need to buckle down and do my job,’ ” Matthias said. “I think all my pitches were working today. I was having a little trouble with some, but I came back.”

Alas went 3-for-3, while senior second baseman Zamari Hinton went 2-for-3 for the Hornets which have now been shutout for 23 straight innings. Following a 9-0 loss to Idaho State on Saturday, Sac State has been shutout in three consecutive games for the first time since 2002 (May 4-5) against UC Riverside.

Sac State coach Lori Perez said the past few games have been frustrating for her and the team.

“The season goes and there are highs and lows,” Perez said. “Right now, we’re at a bit of a low because we’re off a little bit offensively which is a strength for ours.

“We can’t feel sorry for ourselves. We just got to come ready every day (and) do the work it takes to get out of the hole.”