HornetHacks opens door for all majors in upcoming Hackathon 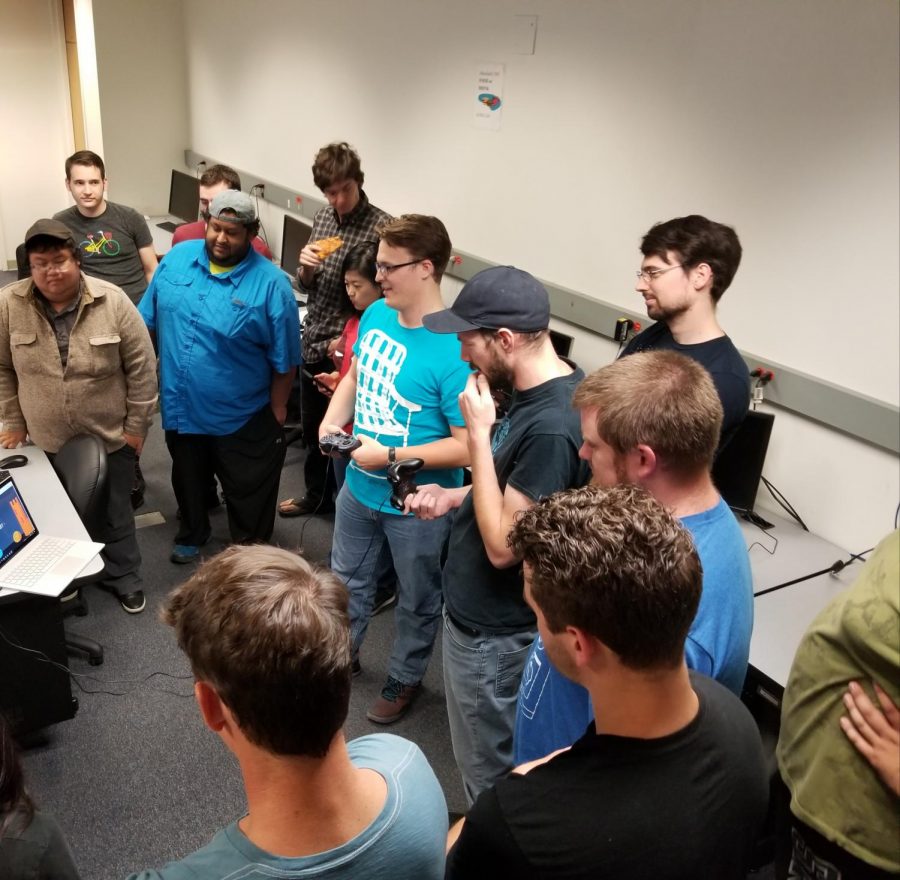 Students look on at the first Hackathon at Sacramento State. The second annual HornetHacks begins April 6 and runs through April 8.

Representatives of the second annual HornetHacks Hackathon at Sacramento State hope to bring more diversity to the event than it had last year, with students of all majors being welcomed to participate.

According to the HornetHacks website, students should join to “delve into emerging technologies, solve problems, networking, build awesome projects, learn something new and have fun.”

This year’s edition of HornetHacks is being co-hosted by eight clubs: the Association For Computer Machinery, the Computer Technology Club, Data Science, the Game Developers Club, Hack State, the Institute of Electrical and Electronics Engineers, the Management Information Systems Association and the Society of Hispanic Professional Engineers.

This year’s HornetHacks — which has previously focused on engineering majors — is considered a beta version, according to the President of the Association For Computer Machinery Shah Newaz, who said HornetHacks hopes to grow bigger as those putting on the event try to get more majors involved.

“We’re hoping to showcase with this Hackathon the unique flair Sac State has,” Newaz said. “While other schools do have Hackathons, it’s not usually as diverse. We are going to show that Sac State is different and it has its own strengths.”

Newaz said HornetHacks is a great opportunity for students to branch out and try something new with technology that students may not be completely familiar with.

“A lot of the time we are just focused on one concentration,” Newaz said. “It’s for (the students) to diversify their skills and work with other people. (These are) the type of skills the industry is looking for.”

Chevron, based out of the Bay Area, is a sponsor of the event and representatives will judge different projects throughout the weekend. It is possible other companies may visit during the events, but no other companies have been announced yet, according to Newaz.

Closing Day, which takes place on Sunday, gives the competitors two hours after submissions are due at 8 a.m. for relaxation and prayer before the closing ceremony takes place and a winner of the competition is determined, according to the HornetHacks schedule on the event website.

Prizes have yet to be announced, but according to the President of Data Science Tanveer Bariana, the prizes will be worth it for competitors.

Briana said HornetHacks is an opportunity for other majors to come in and see some of the technical advancements that are happening and get involved in the science, technology, engineering and mathematics disciplines.

“(HornetHacks) is a great way to see how different mindsets can tackle common problems together and the connections that can be made throughout the various different fields,” Bariana said.

Vice President of the Management Information Systems Association Alem Tafete said HornetHacks is useful for students to showcase the talents Sac State has to local companies.

“We’re hoping to get more attention for our computer science, computer engineering, business and all of our students in general that Sacramento State is a really good school,” Tafete said.

HornetHacks is set to begin this weekend starting with sign-ins on Friday at the Hinde Auditorium in the University Union at 2:00 p.m.